Kashmir has been a thorn for long time, ready to mediate: Trump 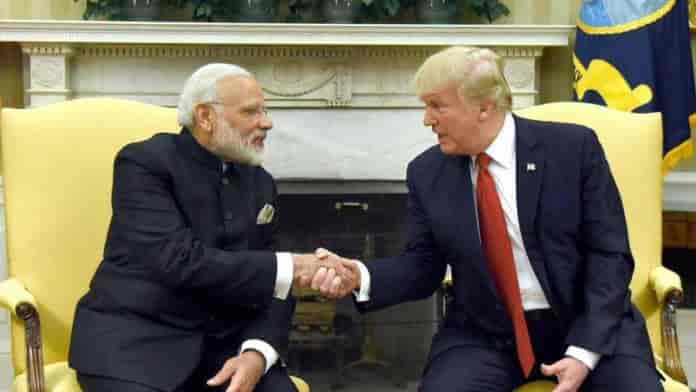 On the last day of his visit to India, United States President Donald Trump repeated the mediation offer on Kashmir, calling it a “thorn” and a “big problem between India and Pakistan.”

Mr. Trump re-itereated the offer in the press briefing in Delhi after the delegation-level talks with Prime Minister Narendra Modi.

Also, he refused to “discuss” anything on the on-going protest against Citizenship Amendment Act (CAA), “leaving it up to India” to take steps.

He also added that he discussed about religious freedom with Mr. Modi, and called Mr. Modi “a very religious and calm man.”  He added: “But he is actually a very tough person. I have seen him in action. And terror is foremost on his mind; he will take care of it.”

The situation in Northeast Delhi’s Jaffrabad-Maujpur region remained very tense as the death toll rose to eight, with reports of fresh incidents of stone pelting and arson coming in from Maujpur, Babarpur and Shivpuri areas.

Previous articleEnvironmental hazards of sand mining wars
Next articleBroadband internet to be restored within 72 hours; social media ban to continue