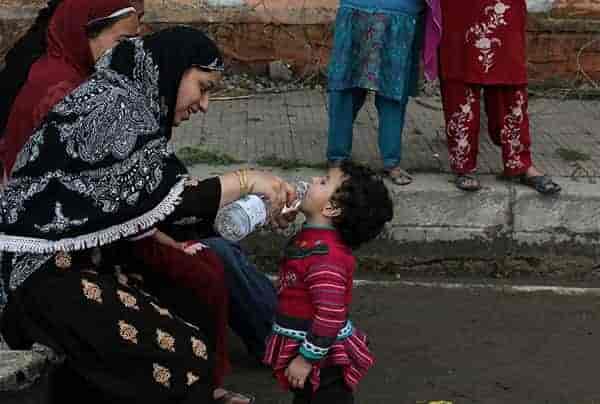 It has been four days since Shabina Khan, a single mother of two, last spoke to her children she had left alone at home in Kursoo Rajbagh locality of Srinagar, before flying to New Delhi for work, a day before massive floods submerged most parts of the city in Kashmir valley.

On Friday, Sakina, had come to Delhi and was planning to return home immediately. She had spoken to her kids, Sahil (17) and Shamima (19) over the phone on Saturday afternoon, but since she hasn’t heard from them as much of the communication lines to the Valley are down due to devastating floods caused by incessant rains over the last week. The floods have been described as worst in almost a century witnessed in Jammu and Kashmir.

“I can’t go back to my home now, it’s probably under water. I don’t know what to do or where to go. I shouldn’t have come in the first place,” she says, agonizingly worried about the safety of her children.

Over 200 people are feared to be dead but the exact scale of destruction could be even worse. Parts of South Kashmir and Central Kashmir are completely cut-off. There is also shortage of food essential and medical supplies as major roads and bridges connecting the region with the rest of the areas have been badly damaged by landslides.

Shabina and many others, who have lost contact with friends and families, have been visiting the helpline desk setup at Jammu and Kashmir House in New Delhi to get some information regarding the safety of their loved ones but there is not much they can find out. Although there are rescue operations being carried out by the Army and self-help groups in most parts of the Srinagar and other parts of the valley, but thousands are still stranded on roof tops waiting for help.

According to reports, more than 45,000 people have been rescued so far but inability to contact family members has created panic among people outside the state, who are worried about their well being.

Ajay, a networking professional in Delhi, has been able to make contact now and then with his parents, who work in Srinagar. Last time he spoke to them, his father told him they were safe but situation still remains grim. For Shabina, however, there is no immediate relief. All she can hope for now, is that her children made it safely to her brother’s house in Batamaloo area of the city, before flood waters from Jhelum river rampaged through most parts of the city.

While there has been some respite from the weather over the last two days, but lack of boats and other equipments has led to delays in rescue operations. People have been stuck for days now, without food and drinking water. More than 350 villages are submerged by floods, forcing thousands to leave towards safe grounds.