“Justice is delayed”: PSA detainees continue to suffer as only few lawyers take up their cases 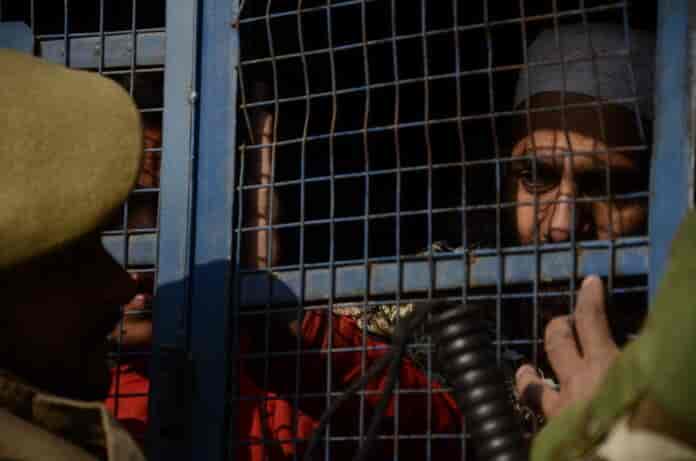 For the past three years, 23-year-old Ubaid Mir has been jailed under three consecutive detention orders passed under the Public Safety Act (PSA). He is lodged in the Jammu Division’s Kotbalwal jail, far from the convenience of his family.

Mir’s first detention order under the PSA was quashed by the Jammu and Kashmir High Court in 2018 but he was detained again under a fresh order two months later. The subsequent detention was again challenged but it wasn’t heard till the detention order completed its stipulated term of one year.

Following that, Mir was detained under yet another PSA order, issued on 1 July 2020. It has again been challenged and remains pending in the court. The Shopian district administration has cited categorised Mir, a resident of Bonbazaar area in south Kashmir’s Shopian district, as a “chronic stone pelter” and an overground worker for militants who had “left no stone unturned in inflicting the blow on the fragile peace environs of District Shopian.”

The repeated use of the PSA to detain Mir is emblematic of the government practice that is described by rights activists as “revolving door detention” — a method to ensure prolonged detention without trial; the only remedy being habeas corpus petitions filed in the High Court in Srinagar.

However, since the abrogation of J-K’s limited autonomy on 5 August 2019, the court has been sluggish. As per the High Court Bar Association, more than six hundred habeas corpus petitions were filed between 6 August 2019 and June 2020 but “not even 1% of such cases have been decided” by the court. Moreover, few lawyers are willing to fight such cases.

It was through the word of mouth that Mir’s father, Abdul Rashid Mir, a driver by profession, found another lawyer, Anantnag-based Saqib Amin Parray, willing to challenge his son’s detention.

“At times,” said Parray, “lawyers do not have answers for their clients about why the case is not being heard or quashed [yet]…Initially, the work is thrilling but when you don’t have any answers for your clients, it hits you as a lawyer and an individual.”

Parray said that Mir is named in FIRs wherein investigations were ongoing — that form the legal basis for his continued detention — but the High Court has quashed his detention once. Since then, the authorities had again detained “without fresh grounds”.

“The easiest way to detain a person is through PSA,” he said. “If you think of these technicalities, there is no right to bail or trial. That means the state has no burden to prove their statements with evidence. There is no accountability and that is why PSA is called a draconian law.”

But the “courts do not take these cases seriously anymore,” said Parray, referring to Mir’s detention. “Justice is delayed in Kashmir.”

The struggle for families of detainees, however, begins long before they even get to looking for a lawyer; it begins with the struggle to procure detention orders from the authorities, said Parray. “As per the law, the family of detained have the right to demand the documents but they are not given to them easily,” he said.

A large number of the PSA detainees come from humble backgrounds and their families are unable to afford legal representation. “These families are already so downtrodden and the long process exhausts all their money,” he said. The few lawyers taking up habeas corpus cases mostly charge nominal or no fees.

Then comes a long wait till the petitions are heard — in Mir’s case, the wait has extended over two detentions and two petitions. Parray challenged Mir’s third detention in July 2020 but the first hearing was held in October. “They keep telling us that the court is overburdened,” he said, “but this is about someone’s liberty.”

Parray believes that access to the justice system was complex — besides the financial difficulties, the lack of awareness of the law among the general public. “Legal aid is for those systems where people are [aware],” he said. “If there has to be legal aid in real, it should include advising and making things easier for the families who come from far-flung areas.”

Shafqat Nazir, another lawyer who takes up habeas corpus petitions, said that lawyers like him were demonised within the system. “When I fight a habeas corpus case I am labelled to be of a certain thought. That affects other cases through which I earn,” he said. “In the present situation, lawyers don’t want themselves to be tagged with a particular ideology.”

Moreover, for lawyers aiming to be in the government’s service, said Nazir, the prospects end as soon as they take up habeas corpus cases. “I know that I will never be recommended for bigger career prospects,” he said. “An image has been formed that I am someone who fights these cases.”

The elongated periods of waiting and the sluggishness of the courts has also led to trust issues between the lawyers and their clients, who blame the former for not making enough efforts. “People even start questioning us when we do not charge them money,” said Nazir. “They have become suspicious due to conflict.”

Still, said Nazir, lawyers must be willing to take up habeas corpus cases and those who can’t should at least encourage the ones that did. “Our job is to help people,” he said, adding that in his career spanning over thirteen years, he has fought hundreds of cases and charged his clients based on their economic statuses. “Sometimes, the clients cry in front of us,” he said. “How can we charge them?”

Challenging the PSA in a Public Interest Litigation (PIL), senior advocate Syed Tasaduq Hussain has also raised the issue of legal aid for detainees, which as per him is bound to be provided under the Legal Services Authorities Act of 1997 — which states that “free and competent legal services to the weaker sections of the society to ensure the opportunities for securing justice are not denied to any citizen by reason of economic or other disabilities.”

The fees of the lawyer should be paid for by the government, said Hussain. “If the State detains a person on suspicion that the person would act contrary to public order…then the State should also provide legal aid to those who are destitute,” he said. “When a person is incarcerated, his family is left with no option but to sell whatever they have. They should be given legal aid.”