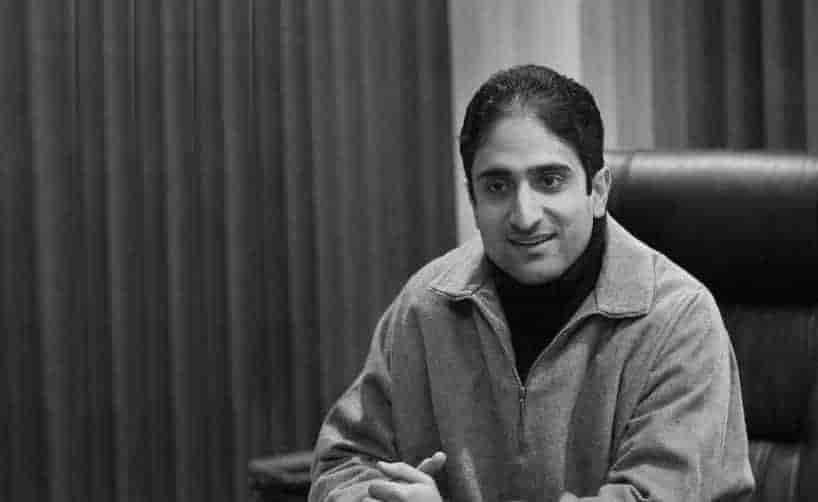 As result of Mayor for the Srinagar Municipal Corporation (SMC) was declared on Tuesday, Junaid Azim Mattu was elected as Mayor with 40 votes out of 74.

Mattu had filed nominations for elections to seven municipal councils and three wards of the Srinagar Municipal Corporation (SMC) on 26 September. Mattu won 40 votes while his close rival got 26 votes. Four votes were declared invalid out of total 74. Earlier, he served as the spokesperson of the National Conference (NC) from 2013.

After NC decided to boycott the Municipal Elections, citing the attempts to tamper the Article 35A, Saleem Lone, an independent was elected as the Deputy Mayor of the city.

After filing the nomination, Mattu had said, “I strongly believe that leaving our grassroots democratic institutions open to misrepresentation would inflict serious harm on the State and also wreak havoc with our social fabric and cultural legacy.”

Filed the nomination form for the post of Mayor of Srinagar today. PC and allies will be supporting independent candidate Muhammad Saleem Lone for the post of Deputy Mayor. Time to gear up for CHANGE – to deliver on our promise of a developed, clean and progressive Srinagar. pic.twitter.com/F29ju9czhg

After finishing studies from the United States, Mattu returned to Kashmir in 2009 to join the mainstream politics. In his own words, as he wrote in his blog, “I gave up my US Permanent Residence and job as a Financial Analyst in 2009 and returned to a resurgent Kashmir to be a part of change and empowerment.”

He was born in Srinagar and partly completed his schooling at the Burn Hall School, Srinagar. He later joined Bishop Cotton School in Shimla. He graduated in Business and Finance from Michigan State University. He had also founded the World Kashmiri Students Association (WKSA), a global youth association for Kashmiris.

In 2009, he started his political career with Sajjad Lone’s Peoples Conference (PC), going on to become the party’s Srinagar District President in October 2011.

Mattu’s family has a political background, with his grandfather Ghulam Ahmad Ashai being one of the founders of the National Conference party, and a close associate of Sheikh Mohammad Abdullah.

(L to R): Khwaja Said-ud-din Shawl, Sher-e-Kashmir Sheikh Mohammad Abdullah and my grandfather Khwaja Ghulam Ahmed Ashai at the Deewankhana of our ancestral house at Fateh Kadal during the inception of the ‘Reading Room’ which eventually founded the Muslim Conference and later National Conference.

Four years later on 24 November 2013, he parted ways with Lone’s party and joined the National Conference. He was one of the most vocal spokespersons of the NC on social media and news channels. Considered to be a close aide of the former Jammu and Kashmir chief minister, Omar Abdullah, Mattu was seen as a strong contender for upcoming assembly elections too.

Peoples Conference led by Lone is a prominent ally of the BJP in the state, having close links with the party high command. Lone decided to contest the ULB and Panchayat polls despite the boycott call by the two major parties – NC and People’s Democratic Party (PDP).

Mattu walks back the PC as the party nominated him for the Mayoral post, with the support from rebel PDP leader Imran Ansari, and eventually went on to win the Mayor elections.