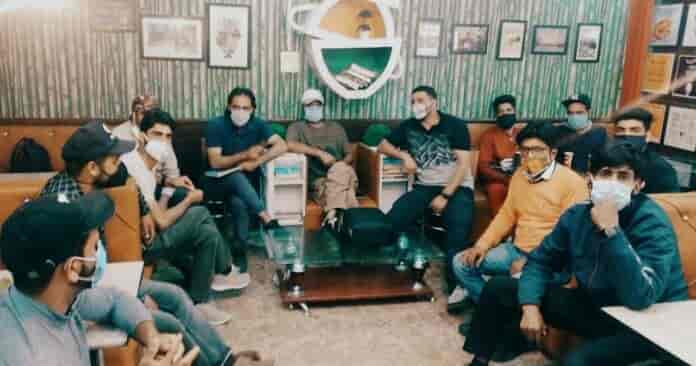 In this connection, the journalist fraternity posted resignation messages on their respective social media handles.

“I, Mir Zeeshan, a journalist from Pulwama hereby formally announce my resignation from Pulwama Working Journalist Association (PWJA),” one of the journalists posted on his Facebook profile.

Similar messages were posted by other journalists as well on social media.

“There were a multitude of problems facing the media fraternity in the district and the association was not doing much for addressing the same,” Qisar Mir, another journalist, said.

It is pertinent to mention that the journalist fraternity formed a new association, for which a meeting was held earlier in the day.

Keeping the Coronavirus-induced restriction in consideration, elections were deferred while Nisar ul Haq was appointed as the Interim President for the new association — Pulwama Journalists Federation.

“The main aim of the journalist body is to take up various issues faced by the journalists in the valley, particularly in the southern district,” Nisar Ul Haq said after his appointment, adding that the association will also approach various stakeholders to uphold the constitutional and democratic values that govern the media in J-K.

The members said that the association will also approach media bodies like the Press Council of India, Editors Guild of India, and other international journalist associations regularly to highlight issues faced by them.

The body also decided to meet the district authorities in order to start a systematic process of ensuring the safety of the working journalists, while maintaining that in Kashmir, the coverage of various happenings and events makes journalists vulnerable to all sorts of risks and apprehensions.

The meeting was concluded with the understanding that “the authorities follow the set procedures to ensure the safety of the professional journalists on the ground as the press is an important pillar of democracy.” (KNT)