Journalist beaten up by cops in Anantnag; ‘looking into it,’ police respond 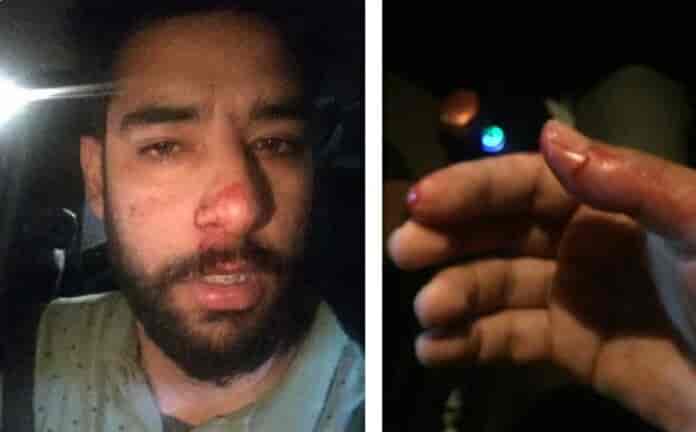 Journalist Akash Hassan was beaten by Jammu and Kashmir police men when he was on his way to Anantnag from Srinagar.

Hassan who is a freelance journalist while talking to The Kashmir Walla said that he had received injuries in his hand, mouth and arm, “Blood oozed out of my mouth, there was blood on my hand too,” he said.

On being asked why he was beaten by the cops, Hassan said that he had no idea why it had happened, “There was a traffic jam near Sangam area in Bijbehara, I was driving my car, just when traffic started moving, policemen stopped me at the bridge and started beating me ruthlessly,”

He added that he was beaten by two cops, “One among them was a sub inspector, his name is Zahid,” Hassan tweeted, while on his way to hospital.

Right after being beaten he had also taken to Twitter to describe his ordeal, “I was just beaten up by JKP cops at Sangam while I was on way home and they were clearing traffic.”

Meanwhile Anantnag police responded to Hassan’s tweet and said, “Cognisance taken. Circumstances that led to this being looked into.During rush evening hours,a loaded truck got stuck due to mechanical fault on Sangam bridge leading to heavy traffic jamming.Been working hard to clear it.Request all to cooperate with police & avoid confrontation.”