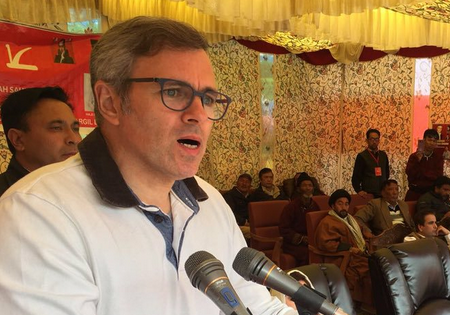 Taking to social media networking site, Twitter, Abdullah wrote, “If this is genuine it’s hugely worrying. Sometimes seemingly small actions have huge consequences. If what happened to him at #ShardaUniversity has lead him to choose such a destructive path it’s even more tragic. One more life on the path to ruin & one more family in turmoil.”

Ehtisham Bilal, former first year student at Sharda University in Noida- NCR, went missing after few weeks of being beaten inside the university premises on 4 October. A picture of his with the militant outfit, ISIS’s flag and an AK-47 went viral on social media posts on Friday.