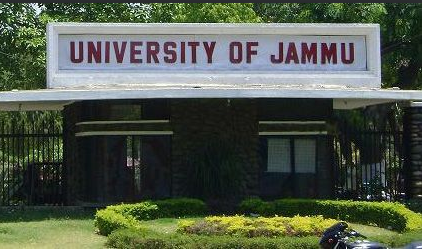 Srinagar: A Jammu University professor was suspended by the authorities after he was accused of using terrorist remark for Indian freedom fighter Bhagat Singh, however, he denied the allegation.

“Following the complaint by some students against Prof. Mohammad Tajuddin, Dept of Political Science on 29th Nov 2018, the University on the same day constituted an Inquiry Committee, which is headed by Dean Academic Affairs of the University,” said Dr Vinay Thusoo, in charge, Media Jammu University.

The committee has been asked to submit its report within seven days, he added. “Prof Tajuddin has been disassociated from the teaching in the University with immediate effect till further orders.”

The incident was reported after a video clip went viral on the social media, recorded by a student on Thursday.

Students had filed a complaint to the Vice Chancellor, alleged that the said professor had hurt their feelings by labelling Bhagat Singh as a “terrorist” and asked the authorities to take an action against him.

However, the Prof has extended his apology and has said that he has no intentions to hurt anyone’s feeling.

“Today, I was teaching the biography of Vladimir Lenin in the classroom and was explaining to students how he was referred to as a terrorist by the czars. Then I explained how the state had referred to Bhagat Singh as a terrorist. I had no intention to demean the personality of Bhagat Singh or for that matter hurt anyone’s feelings. If it has happened, I am sorry,” the professor was quoted as saying to The Tribune.

Tight security, aerial surveillance in Kashmir ahead of Republic Day