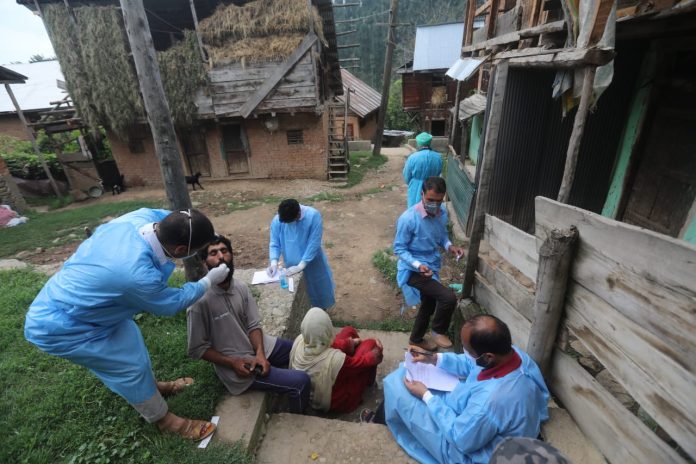 Jammu and Kashmir reported 622 fresh covid-19 cases while there was no death due to the virus during the last 24 hours, officials said on Saturday.

There was no death due to the virus during the time. So far 4777 people have succumbed to the virus and among them include 2346 from Jammu division and 2431 from the Valley.

The officials told GNS there was no new confirmed case of mucormycosis (black fungus) reported today. So far 51 black fungus cases have been confirmed in J&K, the officials said. Also 23050 doses of covid-19 vaccine were administered in J&K during the time, they added. (GNS)

Previous articleRajasthan Royals owner slapped me after getting out on a duck: Ross Taylor
Next articleTwo cops injured in Srinagar road mishap, one critical