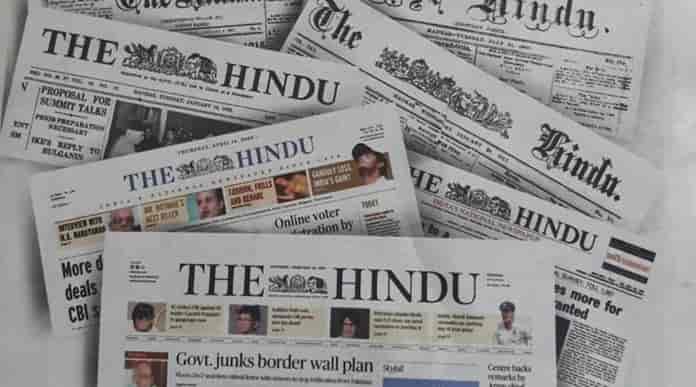 Srinagar: The Jammu and Kashmir Police registered an FIR against The Hindu correspondent, Peerzada Ashiq, for a story that the police claims was “factually incorrect”.

An FIR — number 81/2020 — was filed in Anantnag Police Station against Ashiq after he reported a story “regarding an encounter at Shopian and subsequent developments,” the police said.

The police added: “The details quoted in the news item were factually incorrect and could cause fear or alarm in the minds of public. The news published without seeking confirmation from the District authorities.”

In this regard, yesterday, Ashiq was also called at Police Station Anantnag for questioning.

Earlier, a female photojournalist, Masrat Zahra, was booked under Unlawful Activities (Prevention) Act and IPC-505 after the police claimed she had posted “anti-national” content on Facebook.

“The police is under duty and lawfully empowered under Cr.PC to call for questioning. The investigation in both the cases is in progress,” the police said.

Today, Kashmir Press Club had called out the harassment of journalists by the police. “While Ashiq explained his case to police in Srinagar, he was asked to travel to south Kashmir, some 40 kilometers away in evening, and present himself before a police officer in Anantnag district,” the KPC said in a statement. “He returned late in the midnight to his home in Srinagar but in the meantime his family was terrified and concerned about his safety.”