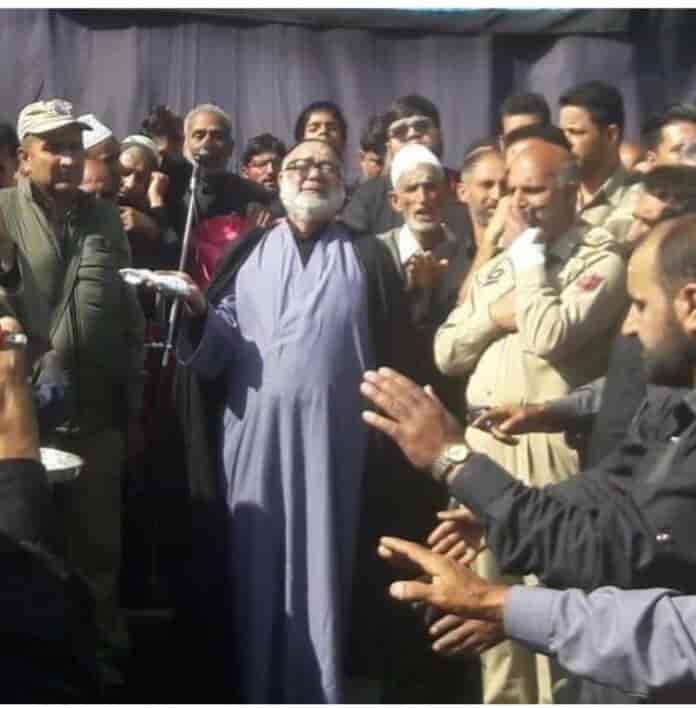 On the occasion of Ashura-I-Hussaini, mourning ceremonies were organized by Jammu and Kashmir Anjuman-e-Sharie-Shian across Kashmir, where scholars explained the philosophy of martyrdom of Imam Hussain and the different aspects of the battle of Karbala.

According to the statement issued here, the President of Anjuman-e-Sharie-Shian Agha Syed Hassan Al-Musawi Al-Safwi, was continuously barred from attending mourning Assemblies.

In his message on the occasion of Ashura Day, incarnated Aga Hassan said that the unparalleled battle of truth and falsehood that took place on the land of Karbala in the year 61 AH will live on forever and the world of humanity will have a spirit of resistance and perseverance against oppression and tyranny.

He said that Ashura Hussaini is a school of protection and survival of Islam and humanity and Islam is the religion of security where human health and safety is the first priority.

“In the current epidemic situation, the requirements of human health and safety during mourning ceremonies are strictly in accordance with Sharia,” he added.

He urged the people to adhere to them by formulating a precautionary strategy. He lamented the lack of seriousness of some elements in the implementation of these instructions and orders during the mourning processions and said that under mourning  turning away from the emphatic orders of the shadow Wali Faqih is in itself contrary to the humanitarian message of Ashura.

Strongly condemning the police violence on mourning processions at various places during Muharram days, incarnated Aga Hassan said that these tragic incidents took place due to contradictions in the government’s Muharram policy in the epidemic situation.

“The brutal police brutality on religious processions under the guise of epidemic situation was a reflection of the government’s policy of completely depriving the Muslim people of their religious freedom,” he added.