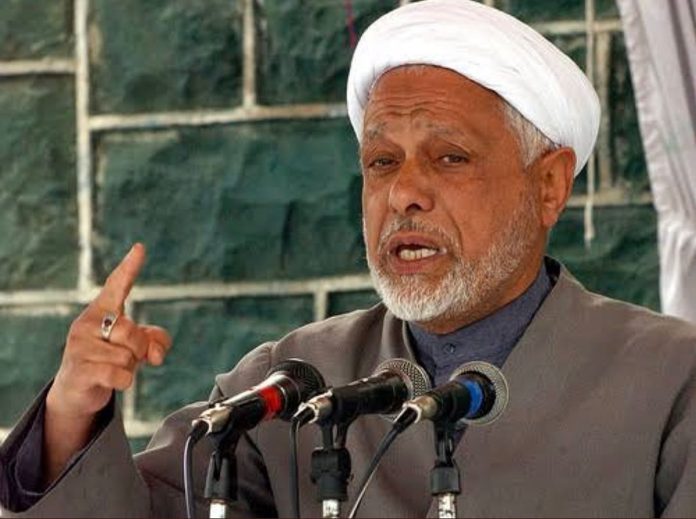 Founder and chairman of Ittihadul Musilmeen, Mohammad Abbas Ansari passed away after a prolonged illness at his residence in Khankhai Subah Nawakadal in Srinagar.

According to the family sources, Abbas Ansari was not keeping well since long and over the couple of days his health deteriorated.

They said that today morning he breathed his last at his residence in Nawakadal area.

They said that his funeral will be held after Zuhr prayers and he will be laid to rest at his ancestral graveyard in Babamazaar Zadibal.

Notably, Ansari was admitted in SKIMS Soura recently as he was not keeping well since long. National Conference president and MP Dr Farooq Abdullah and Apni Party president, Mohammad Altaf Bukhari has visited him to enquire about his health.

Ansari was also the ex-chairman of All Parties Hurriyat Conference and was considered as a moderate separatist leader. (KNO)