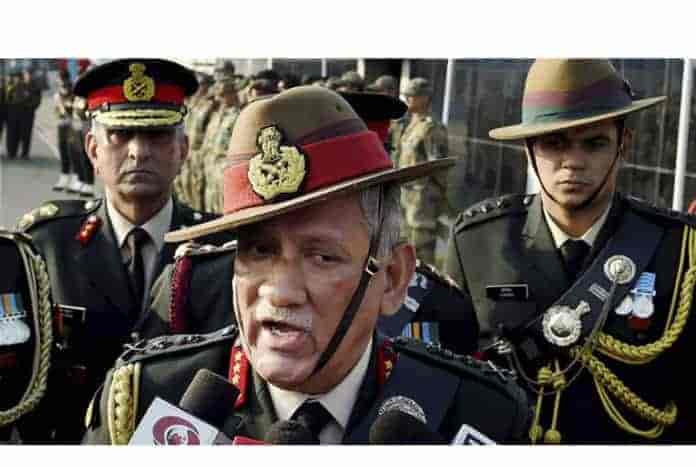 Army Chief General Bipin Rawat on Monday warned Kashmiris to shun the path of  “mindless violence” while urging  the pro-freedom leadership to hold parleys with the interlocutor appointed by the centre, Times Now reported.

”It is not worth joining militancy because you will not live long. We are giving you an opportunity to surrender and give up guns. If people do not behave and continue violence, the only element left is to neutralise them,” he said.

Taking about dialogue between pro-freedom groups and Centre, the Army Chief said that the Centre has appointed an interlocutor, who is talking to all parties concerned.

While maintaining that the Centre’s interlocutor is open to holding talks with anyone who wants to speak to him, nothing can be done if the Kashmiri pro-freedom leaders  don’t come to the negotiation table.

”Interlocutor is talking to people. He is open to anybody who wants to speak to him. We’re doing indirect talks, if they  don’t want to talk, what can we do?” Gen Rawat said.

”The head of the state isn’t going to talk to the militants; it’s not going to happen,”Army Chief Bipin Rawat added.