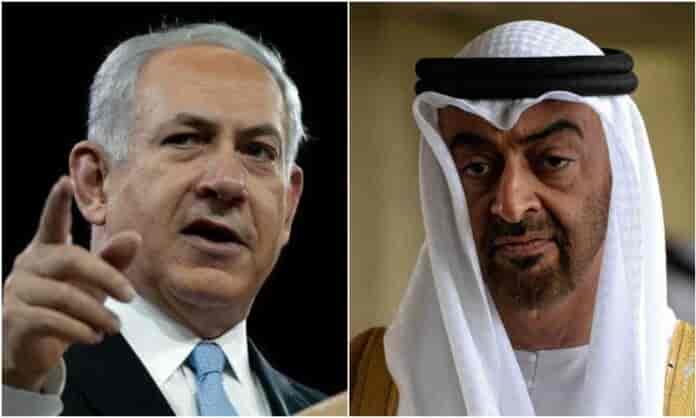 On 13 August, the White House announced a surprise deal reached by Israel and the United Arab Emirates (UAE) under which the two Middle Eastern countries agreed to “full normalization of relations” in exchange for Israel suspending annexation of the occupied West Bank for now.

With the accord, the UAE has become only the third Arab country after Egypt and Jordan to establish diplomatic relations with Israel. The historic pact could also lead other Arab states like Saudi Arabia, Bahrain, Oman, and Kuwait to follow suit and establish full diplomatic ties with Israel.

However, the Palestinian leadership has predictably denounced the so-called “Abraham Agreement” calling the deal a “betrayal of Jerusalem, Al- Aqsa and the Palestinian cause.”

Hamas also rejected the agreement saying it serves the Zionist narrative and encourages the Israeli occupation while Turkey said history will never forget and forgive the “hypocritical behavior” of the UAE.

Hinting this the U.S. President Donald Trump said, “Now that the ice has been broken, I expect more Arab and Muslim countries will follow the United Arab Emirates’ lead.”

The Israel- U.A.E, however doesn’t come as a big surprise considering the two countries have long maintained a thinly veiled secret relationship.

The reapproachment is symbolic of the changing geo-political dynamics in the Gulf where the Arab states no longer perceive Israel as a threat amid a growing realization that Tel Aviv is an ally against the mutual enemy, Iran.

For the US President Trump, the deal could not have come at a better time. With less than three months for the Presidential elections, Mr. Trump can claim the deal as a major foreign policy achievement in an effect to deflect attention from his poor handling of the coronavirus pandemic in the United States.

The Jammu and Kashmir Police has said that militants involved in the Dhangri village attack are hiding in the...
Kashmir