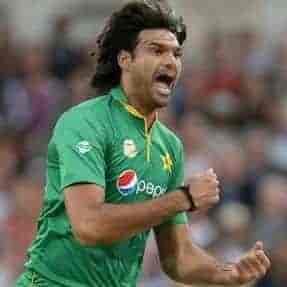 The giant pacer took two wickets for just one run in his four overs for Barbados Tridents in the Caribbean Premier League thus bowling the most economic over in T20 cricket..

The first of his 23 dot balls was a first-ball duck for West Indies batsman Chris Gayle.

However, St Kitts and Nevis Patriots still hit 148 with seven balls to spare to win by six wickets. His spell included three straight maidens, and he conceded a run in the last ball of his spell

“I’m really happy. I would’ve been happier if the team won, but I am happy that I bowled one of the best spells in T20 cricket,” Irfan said.

Irfan who stands at more than seven feet said that he liked bowling on the wicket that was lively, “I get extra bounce because of my height. So yes, a satisfying performance.” He said.