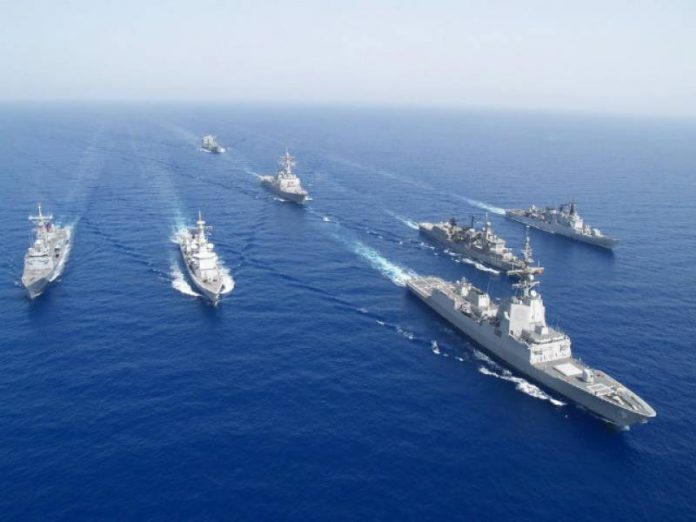 Iran and Pakistan have agreed to expand intelligence sharing and the two countries are holding a joint naval drill in future, Tehran Times reported.

The Iranian newspaper quoting Major General Mohammad Baqeri, Chief of Staff of the Iranian Armed Forces said that he expressed confidence over the results of his visit to Pakistan and emphasized on the common ground between the two neighbors on various issues.

At the end of his second official visit to Pakistan, which lasted four days and ended on Friday evening, Baqeri said in an exclusive interview with IRNA that Pakistan has a special place for the Leader of the Islamic Revolution and the Armed Forces for its commonalities with Iran, as well as the long borders the two countries share.

He added, “In the recent meeting and previous meetings, we have agreed on the need to provide better security for the common borders, and fortunately in recent years, significant efforts have been made by both neighbors to create border barriers, and to control human and drug trafficking.

The general noted that now the border between the two countries is much safer than in the past and is becoming one of the ideal borders of Iran.

Referring to his meetings with senior Pakistani political-military officials and the conclusion of consultations and agreements, Baqeri noted, “In this trip, we agreed to continue our work to secure borders and finish the incomplete projects.”

He added that based on the agreements reached, Tehran and Islamabad can have simultaneous exercises on both sides of the border and establish joint bases in the Mirjavah border area.

Baqeri called the military cooperation between Iran and Pakistan the third issue that the Iranian delegation pursued during the trip, adding, “We have had educational cooperation with each other in the past and the navies of the two countries visit each other’s ports.”

He went on to say that during the trip good agreements were reached. “In the future, we will hold joint naval exercises both in the Pakistani waters, as well as the southern waters of Iran.”

The top general also announced the presence of Pakistani ships in the joint Iran-Russia-China exercises, which began two years ago.

He said, “Military competitions between the armed forces of the two countries are developing. At the present time, Iranian pilots are being trained in Pakistan, and counter-terrorism training is being held in Iran, and in the next stages, various training will take place between the two countries.”