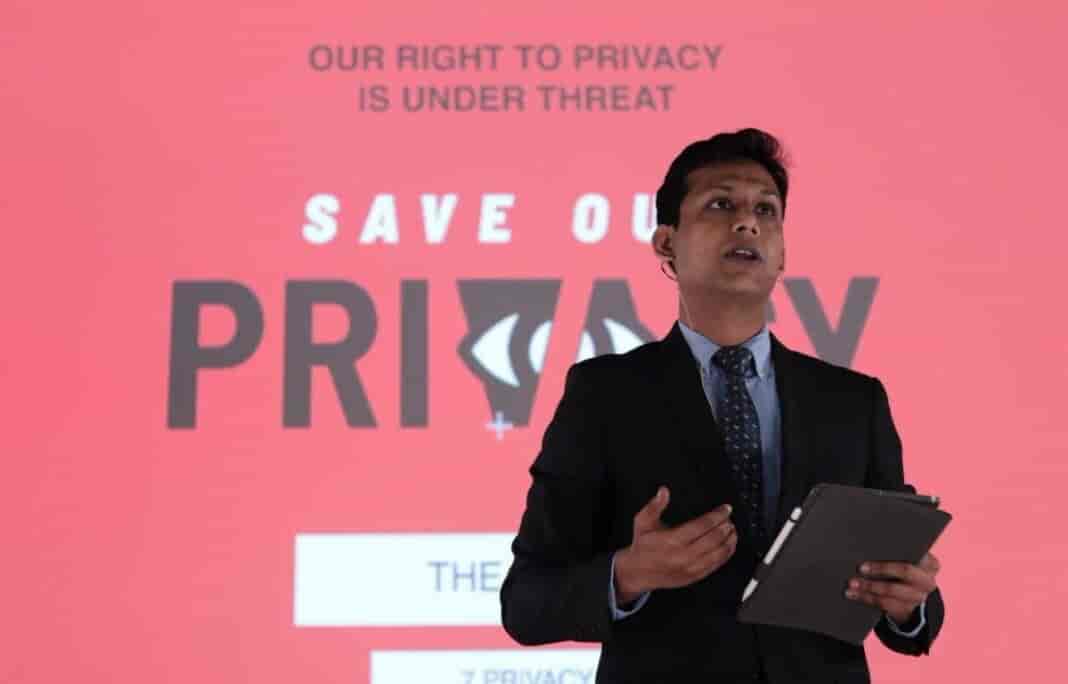 Kashmir’s social media space is seemingly the most regulated and watched cyberspace in India with subsequent crackdowns on it by the state. On instances, social media users have been booked under sedition and the country’s anti-terror laws for their activities.

During a review of the continued internet restrictions in Kashmir, on 10 January, the Supreme Court had stated that “freedom of speech and expression through the Internet is an integral part of Article 19(1)(a) and any restriction on it must be in compliance with Article 19(2) of the Constitution.”

The Kashmir Walla spoke with the executive director of Internet Freedom Foundation, Apar Gupta, who is a renowned lawyer and cyber rights activist, about the crackdown on Kashmir’s cyberspace; individuals’ rights; and what does mass surveillance do to a conflict-ridden society? Here are the excerpts.

Also Read: Surveillance pushes young Kashmiris to encrypted chats. But is it secure?

Does a crackdown on cyberspace impact the idea of free society online?

One of the earliest usages of the internet was for digital assembly, [wherein] people came together for sharing knowledge and communication. Quite often, in today’s political climate, the exceptions and restrictions are becoming the rule and law — in opposition to the enjoyment of right itself. This is nowhere felt more starkly than the region of Jammu and Kashmir, which has suffered severe deprivation since the revocation of article 370 … as it has been under internet shutdown, and restrictions, for more than a year.

How does this idea of surveillance, that someone is continuously watching to scrutinize them, shapes a conflict-ridden society?

Constant surveillance, especially in places such as Kashmir, will undermine trust, it will break whatever bond is there. Studies have shown that when school children are placed [in watch] of CCTV cameras, they behave very differently and it leads to a level of aggression, impacts social learning and cooperation, and also prohibits young people from engaging in activities of play.

It is unfortunate, immoral, and illegal and I do not think so it will lead to any positive outcome in the following years. It is a developing tragedy; I hope I’m wrong.

Do you see this surveillance specific to Kashmir or that is how cyberspace is in India too?

The experience of people in Kashmir is severe but the technical architecture of mass surveillance is global. In many ways, the metaphor of panopticon fits very well with mass surveillance. Given its architectural concept in which there would be a central guard tower representing a force of authority that could view prisoners, it was not necessary for the guard to view all cells at a time but the prisoner would always feel a sense of threat because the facility to the guard to view them 24 hours is available.

This is an architecture that has practically become the architecture of the internet today. And the fears of people in Kashmir are very well made out given such information may be used against them in forms that may not be completely legal — where they might say something unpopular but may not be illegal.

Is the use of encrypted chat a legal offense? What are the legalities involved?

Encryption technology is widely used all across the technology sector today, for example, all banking transactions are done through encryption, booking a rail ticket, it has become a standard because it is not only tied to user privacy, in which you can prevent eavesdropping by any third party actor, state or non-state, but also because it is necessary to maintain the security of personal device [and data].

Use of encryption has become fairly standard in chatting. Now, even WhatsApp provides end-to-end encryption, an app that is used by millions of Indians. So why Kashmiris are using encrypted chats, because the people in the rest of India also use it.

The argument that why would anyone use encrypted chats if they have nothing to hide is a very peculiar form of framing, which is conventionally used in an authoritarian society that has no transparency and nakedness is demanded of individuals by the state. We know that when we are naked, we feel uncomfortable.  It leads to a very controlled society.

What are an individual’s rights if the police ask for physical access to their encrypted chats?

I’ll be candid here: we’ve always perceived that there are two sets of rules, one that is idealised and second that is made operational. And there is some distance between [them]. That gulf is very broad when it comes to Kashmir.

Even before Article 370’s revocation, people were not able to enjoy their fundamental rights…

Specifically with regard to laws of device seizures, for that, the police, unfortunately, had wide powers under the code of criminal procedure where its power of search and seizure are incredibly broad under the code.

Would you draw any parallel with India’s neighbouring countries in terms of surveillance?

There is a definite parallel with China and Pakistan in terms of the number of restrictions placed on people in India. China has used surveillance technology very widely, India is also progressing towards the same kind: there is a form of nationalism, policy processes, closing of the internet in favor of much more controlled… it is evident in state police and its pronouncement.

And Pakistan’s approach towards social media … it has traditionally blocked websites very routinely, censored them. It had frequent internet shutdowns. It enforces a very strict sense of religious nationalism.

Would you say it is tried and tested in Kashmir, then extended to the rest of India?

No. If one looks at how mass surveillance occurs, when people install ten to twenty different smartphone applications and have logins on different social networks, then the government querying for the information gathered by these platforms and making a much more extensive dossier. Later, the government conducts its own surveillance and later collates different points of data.

[In the larger picture], it is the surveillance capitalism that enables the wide and pervasive gathering of personal data and the Snowden-revelations reveal that it is not only in Kashmir but applicable in large parts of the world.

I empathise with Kashmiris as they face the actual consequences of mass surveillance, one should not depart from the realisation that there is a core problem in the way the internet is functioning. And there is a need for surveillance reforms.

Earlier, the government had restricted access to the internet to only a hundred websites – called “whitelist”? How do these actions impact the concept and fight for net neutrality?

Technically, it results in breaking the user experience in terms of the internet. When one looks at this in the larger picture of the ongoing internet shutdown, and restricted internet speed, it shows a very controlled, censorial, and surveillance heavy deployment of communication technology that is not there to facilitate the communication but to facilitate eavesdropping and controlled use.

So, what is the supposed aim?

The restrictions on the internet in Jammu and Kashmir do not satisfy any legitimate state court.

On several points of logical consistency, it fails from available evidence [of the government’s statement in the court that militant attacks have gone down] as well as justification of constitutional goals, one is left to wonder what is the eventual goal. It is not my job to guess the eventual goal, but I can state from the available data as well as the justification that there doesn’t seem to be anything legitimate that is tried to be achieved.

The interview originally appeared in our 21-28 September 2020 print edition.