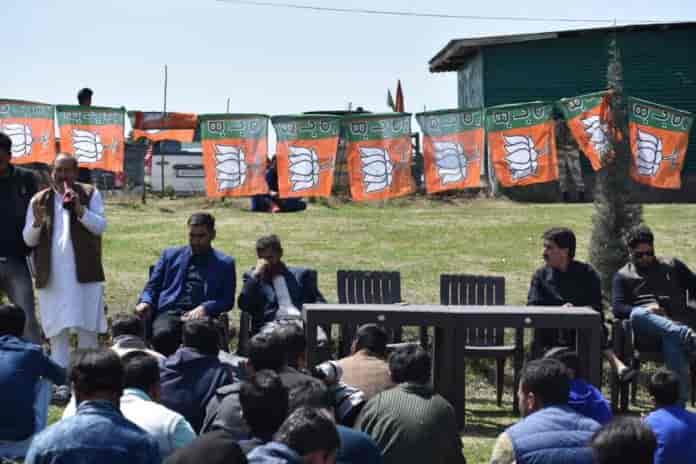 The Jammu and Kashmir BJP on Thursday expelled ten members for anti-party activities after eight of them contested the District Development Council (DCC) polls and the panchayat by-elections in the union territory against the party”s official candidates, reported Press Trust of India.

They were found guilty of anti-party activities and expelled on the recommendations of the disciplinary committee of the party, BJP functionaries said.

Others on the list include Neena Rakwal, district general secretary of Mahilla Morcha, and Garmail Singh, who contested as Independent candidates from Basohli.

Lokesh Sumbria (Raju), former Mandal president Yuva Morcha, Billawar Mandal, who contested as a candidate of Ikkjutt Jammu, has also been expelled from the BJP with immediate effect, the party functionaries said.

Tirath Singh, vice president of Ramban Mandal, and Ranbir Singh, vice-president of BJYM Ramban, have been expelled for contesting as Independent candidates from Ramban-A, they added.

The party said these leaders contested against its official candidates and did not withdraw candidature despite instructions from it.

“This type of indiscipline is creating unrest in party cadre and bringing a bad name to the party known for discipline and unity. The disciplinary committee recommended that all above-mentioned people be immediately expelled from primary membership of the party to set an example that indiscipline will not be tolerated,” a senior BJP leader said.