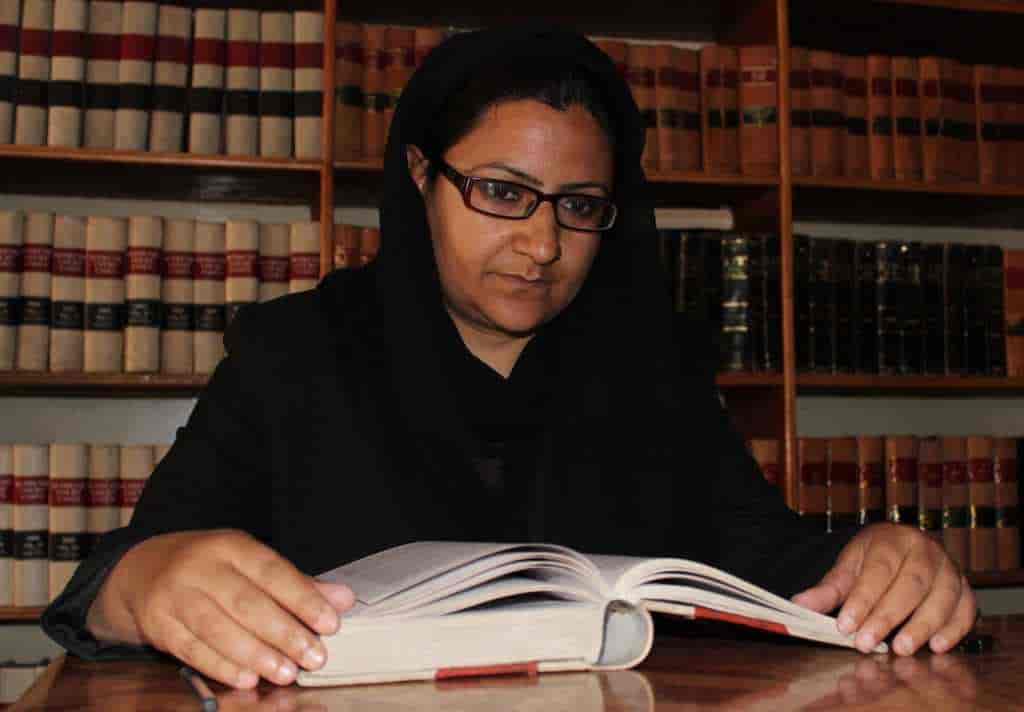 Tell us your journey to become a lawyer?

I joined the legal profession as an advocate in the year 2003 when I joined the Law Firm M/S Mir Shafkat Hussain and Associates after completing post-graduation in Law from University of Kashmir.

Prior to my joining the profession, I was ignorant about the socio-political scenario of Kashmir. I had a perception that situation in the Kashmir is absolutely normal and the people are living peacefully, but after I joined the bar, I realized that the people of Kashmir are the worst sufferers of the political subjugation and they are denied the basic human rights.

When I came across the victims of this scenario in Kashmir, I found that there is a vast difference between being a citizen of India and being a Kashmiri as far as his identity, his rights, and his relation with Union of India is concerned. As being part of this firm, I became more and more involved in dealing with these kinds of people and I my endeavour have been to provide legal help to them.

How do you see the current political situation of Kashmir?

I think the people of Kashmir are politically alienated. There are two political spectra, one is pro-Indian political group and another is the separatists’ camp. Even though they are called separatists but as I can see they represent the masses in Kashmir and can be said to be the de-facto representatives of the common people.

This is evident from the facts that in 2010 when entire Kashmir was on boil and the people were protesting on the roads. The All Party Delegation from the New Delhi came and met the separatist leadership to reach out to masses and try to calm the situation, despite of the fact that the Assembly of the state was intact and there were the so called representatives, the sitting MLAs [law makers], who were supposedly elected by the people.  Thus, the political situation in Kashmir is hit by worst turmoil as the people are not being represented by the genuine representatives.

And as far as gun culture is concerned, I personally feel that the armed struggle is less of the solution and more of the reaction. I think that when power becomes arrogant the violence becomes the order of the day. As long as the political subjugation is here, one cannot rule out the existence of the armed structure.  The armed struggle has been like an eruption of volcano where the silent sighs could not be held anymore and they started crying out to the world that they are suffering. I believe the armed struggle has been able to that extent to internationalize the Kashmir dispute and made New Delhi to think time and again that we need to enter into a dialogue with the Kashmiris to address the dispute.

Several young people have joined mainstream politics coming from different fields. Do you think any change because of that?

Well, I think joining any shade of thought is one’s individual decision but what matters is how that individual then is taken in the society. If there are several young people joining the mainstream of India then there are even more who have joined the militant ranks and there were even greater number of youth, may be in lacs that had joined anti-India protests in 2008 and 2010, and even after that also whenever protests erupted.

And about the young people joining the mainstream, of which most of the young men have inherited the mainstream politics from their respective families, notwithstanding this fact, whoever joins the mainstream pleads before the people that he/she stands for solving the common problems of the people and not to sabotage their right to solution of the Kashmir problem.

What does the election process mean to you?

As long as Kashmir problem is not solved the election process is irrelevant and futile exercise which does not have the mandate of people. It is something which is not by the people, not of the people and resultantly not for the people. I don’t care for the elections. I believe it should not be given importance. It is like one party going rather one exploiter going and another coming.

Being a lawyer working in volatile Kashmir how do you see post –Afzal Guru hanging situation?

The hanging of Afzal Guru has once again reiterated the belief of the Kashmiri masses that Indian system is hostile towards them. It also showed how they have used their judiciary. Later on death penalty was converted to life imprisonment for many people who were supposed to be hanged before Afzal Guru like that of Rajiv Gandhi’s killers. This also proved that Kashmiris are treated as slaves and India is not interested in Kashmiri people but in land.

This thing should be accepted by India and by Kashmiris too that we are slaves and we are being denied by rights because some small part of Kashmiri people believe we are citizens of India and they should understand by such facts we are not Indian citizens at all and they never considered us as their citizens.

There are two sides of Kashmir’s politics, mainstream and separatists. How much you think they have been able to represent the people?

Separatists are the representatives who have not been selected by ballot. They represent the common sentiment of the people. They are relevant in the political spectrum because of the school of thought about Kashmir problem they carry on.  The mainstream politicians have always been maintaining that they stand for the administrative control of the State which is evident from their public addresses to the masses of Kashmir. Even the Chief Minister during his election campaigning has been pleading to the people that he stands to provide the basic necessities of life. On the other hand the representation of the separatists can be gauged from the response given to them during the uprising in 2008 and 2010 agitation. The mainstream politician are not elected by people but selected by New Delhi.

Can you say that youth of Kashmir have taken up politics now or is it too early?

What do you think is the way forward for the solution of Kashmir issue?

Any political dispute is not so simple that one can have a solution which will fit straight away and Kashmir problem is no exception to that.  Every problem has a solution to it but the thing is that one should be ready to address it. The government of India should show its willingness to find a solution to the Kashmir problem as had been also promised by its first Prime Minister, Jawahar Lal Nehru, in UN Security Council.

The government of India should shun its rigidity towards the Kashmir problem, accept it as the dispute and then amicably work out a solution, taking all the stake holders on board. India should also show its willingness towards the solution by taking some meaningful steps like demilitarization, repeal of draconian laws amongst others so as to make the dialogue meaningful and result oriented.