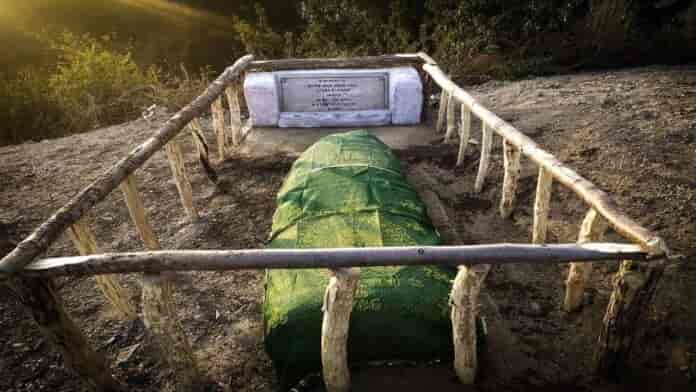 Srinagar : The  army Thursday restored a damaged grave of a  Pakistani major killed way back in 1972 close to the fence in an action at Nowgam sector in north Kashmir’s Kupwara district.

Defence sources told news gathering agency—Kashmir News Observer (KNO), that a grave of killed  army major belonging to Pakistan was restored in Nowgam sector in Handwara killed in an action close to the line of control (LoC) over four decades back.

They identified the slain Pakistani major as Mohd Shabir Khan, “Sitara-e-jurat was killed in an action along the fence in Nowgam sector on 5 May 1972  and was buried there since then.

Meanwhile, Indian army in a tweet also informed about the resuscitation of the slain major’s grave in Nowgam sector with respect and honour.

Army said that “keeping with the tradition and ethos of the Indian army resuscitated a damaged grave of major Mohd Shabir Khan, Sitara-e-jurat, Pakistan army, who was killed in action (KIA) at a forward location along LC in Nowgam sector on 05 may 1972.”

It said that “A fallen soldier, irrespective to the country he belongs to, deserves respect and honour in death. Indian army stands with this belief.” “This is #Indianarmy for the world”, it said—(KNO)