India to meet Taliban in Moscow, but at “non-official” level 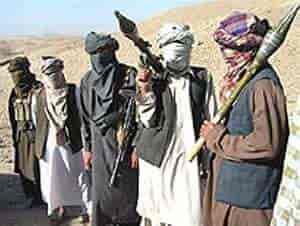 India will be participating in a meeting in Moscow on Afghanistan which will also be attended by representatives of Taliban but at a “non-official” level, India Today reported.

According to the report the Ministry of External Affairs spokesperson Raveesh Kumar on Thursday confirmed the participation and said, “Our participation at the meeting will be at the non-official level.”

Moscow is holding a meeting to discuss the state of affairs in Afghanistan on November 9 (Friday).

Kumar added that India supports all efforts at peace and reconciliation in the strife-torn country and bring stability in the region.

“India’s consistent policy has been that such efforts should be Afghan-led, Afghan-owned, and Afghan-controlled and with participation of the government of Afghanistan,” Kumar asserted.

The meeting was earlier scheduled for September 4, which was called off after the Afghan government pulled out at the last moment.

Russia has said that invitations for the meet has been sent out to India, Iran, China, Pakistan, the US, Afghanistan and other countries.

After the talks, in a joint statement, the two sides declared their support to the Afghan government’s efforts towards the realisation of an Afghan-led, and Afghan-owned national peace reconciliation process.

Previous articleSPO killed, two critically injured as vehicle falls into gorge in Doda
Next articleFifth time in a row, Mirwaiz among 500 most influential Muslim personalities