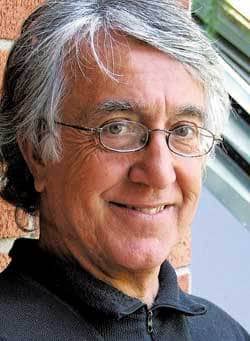 David Barsamian, founder director of Alternative Radio, and independent radio legend, was deported on arrival from New Delhi airport in the early hours of Sept 23. Details are awaited since David is probably still on the plane back. But between his arrival sometime after midnight, and his being “put back” on a flight at 3am, David was able to only make a quick call to his ‘home’ here in Delhi, to the family of his longtime sitar guru, Debu Chaudhuri.

At this point it can only be speculation, but since David has been visiting India almost every year since the early 1970s, one can guess that his attention to the Kashmir issue could well be the reason. On a recent trip to Kashmir he did a series of interviews and local events.

Less than a year ago, American academic Richard Shapiro was similarly deported upon arrival from the Indira Gandhi International airport. His crime, presumably, was an article on two on the human rights situation in Kashmir. Earlier this month, the journalist David Devadaswas assaulted by the Jammu and Kashmir police.

India’s intolerance to dissent on Kashmir is not limited to foreigners. In May this year, Delhi-based journalist and human rights activist Gautam Navlakha was sent back to Delhi from Srinagar airport. Academic and activist Angana Chatterji has been threatened to not visit Kashmir. The J&K police had assaulted the noted Kashmiri human right defender Parvez Imroz in 2008. The media in Kashmir is tightly controlled by the state and press freedom is a matter of daily negotiation with the state.

Nation-states who deny access to foreign journalists, writers and academics – such as North Korea, Myanmar, China and Iran –  usually have things to hide. What is it that India has to hide in Kashmir? I thought ‘peace’ was ‘returning’.

Given below is an interview Barsamian conducted earlier this year with the Srinagar-based journalist Parvaiz Bukhari.