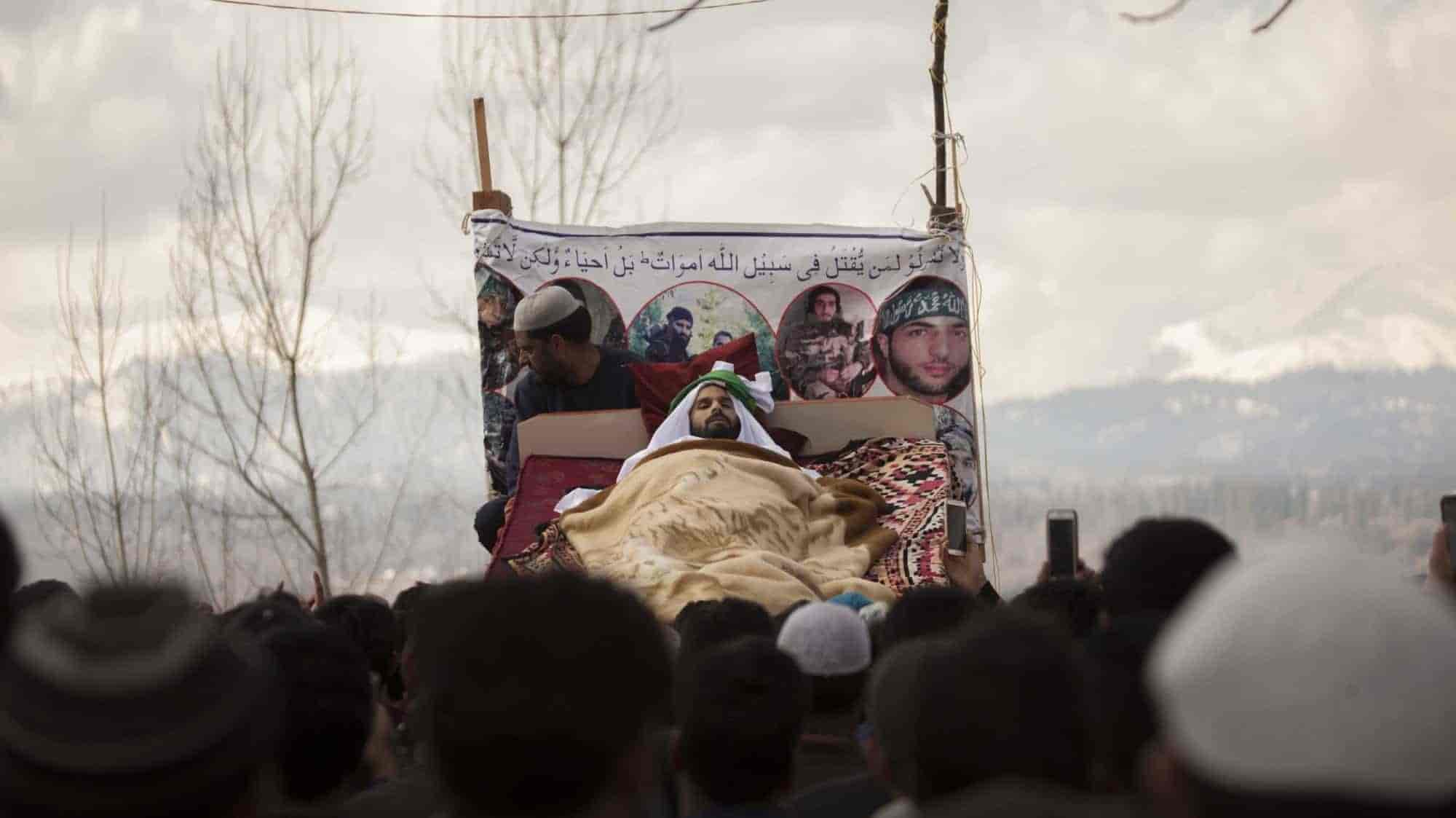 On Sunday evening, army killed four civilians and two militants in Shopian district of South Kashmir, claiming that the four civilians were working as Over-Ground-Workers of the militants.

The slain youth have been identified as Suhail Khalil Wagay from Pinjoora, Mohammad Shahid Khan from Malikgund and Shahnawaz Ahmad Wagay from Langandora Trenz, and Gowhar Ahmad Lone of Moolu, Trenz. The two LeT militants have been identified as Aamir Ahmed Malik son of Bashir Ahmed Malik of Harmeen and Ashiq Hussain of Rakhpora area of the district.

But immediately after the killings, family members of the youth contested army claims. Mohammad Abbass, brother of one of the slain youth Sohail Ahmad Wagay (22), told news agency GNS over phone that Sohail called him at 7:24pm. “He told me he has reached Pehlipora after dropping our mother where our sister resides,” he said.

“After about half an hour, we heard the shocking news about his killing with two other youth. The army is lying that he or two other youth were OGWs,” he said and broke down. There was no further conversation as he was screaming.

Similarly, Bashir Ahmad, father of Shahid Khan (20) said that his son was a student of 12th class and not an OGW. “He left home at around 6:00pm for Masjid for prayers,” he said, adding, “It is nothing but a cold blooded murder.”

Army’s Srinagar based defence ministry spokesman Col Rajesh Kalia said that militants attacked army’s 44 RR party at Pahnoo village at around 20:00 hours. The fire was retaliated triggering off a gunfight. In the exchange of gunfire, a militant was killed, the spokesman said. “Body of the militant was recovered along with a weapon,” he said, adding, “Three OGWs accompanying the militant in a car were also found dead.”

Meanwhile, complete shutdown was observed on Monday and protests erupted in various parts of the Valley. Chief Minister Mehbooba Mufti in a statement said, “Deeply distressed by more deaths of civilians caught in the crossfire in Shopian. My heartfelt condolences to the deceased’s families.”

Our Photojournalist Vikar Syed went to Shopian district to cover the funeral processions of the civilians and the militants – here are some pictures from the day.