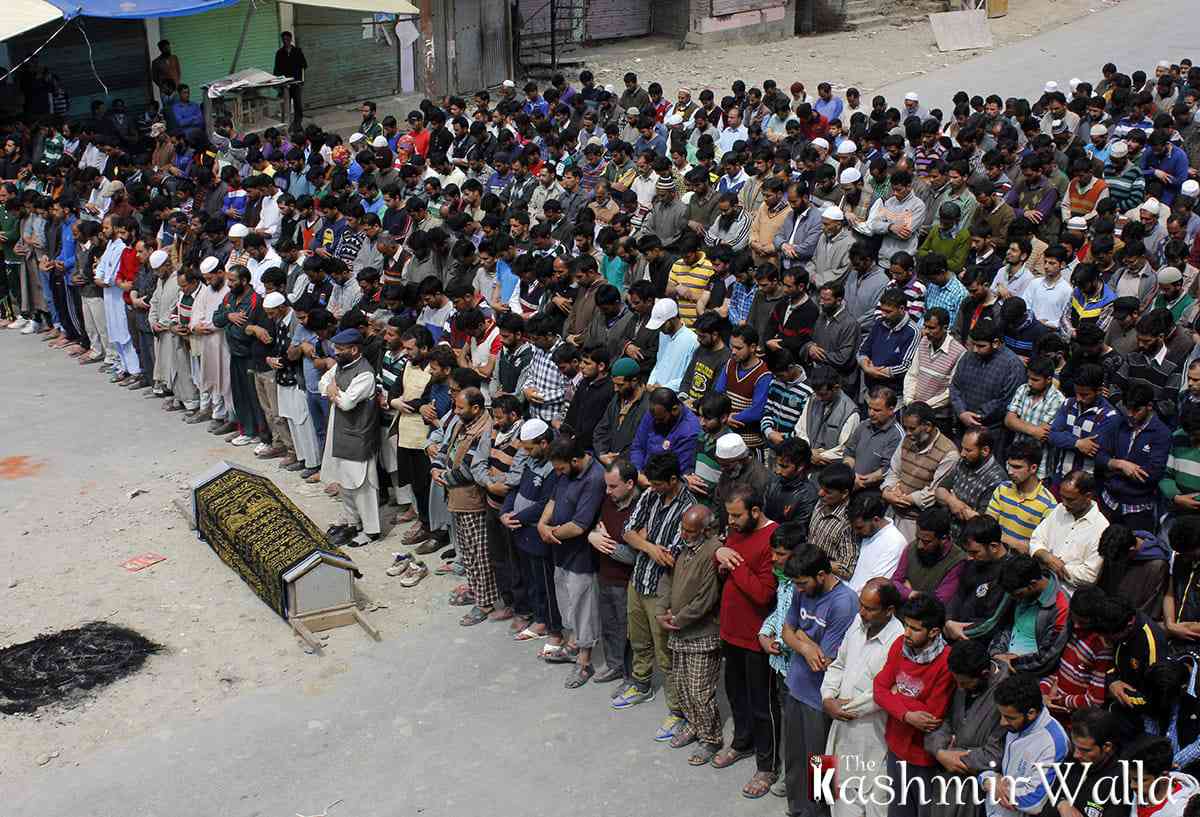 Thousands of people joined the funeral procession of Suhail Ahmad Sofi, 16, who was killed early morning on Saturday a few meters outside his house in Narbal Market, Budgam district of central Kashmir. Suhail is the youngest son in the family and has two sisters. Youth started throwing stones at the police and paramilitary forces after the news about Suhail’s killing spread around. Police has filed a case against the paramilitary forces’ men involved in the killing. A police statement issued here read: “We regret the unfortunate incident and extend our sympathies to the bereaved family.” The police has conducted preliminary enquiry, which indicates that the forces deployed have acted in violation of the laid down Standing Operating Procedure (SOP). Till last reports, at around 4 pm, the protests hadn’t stopped.