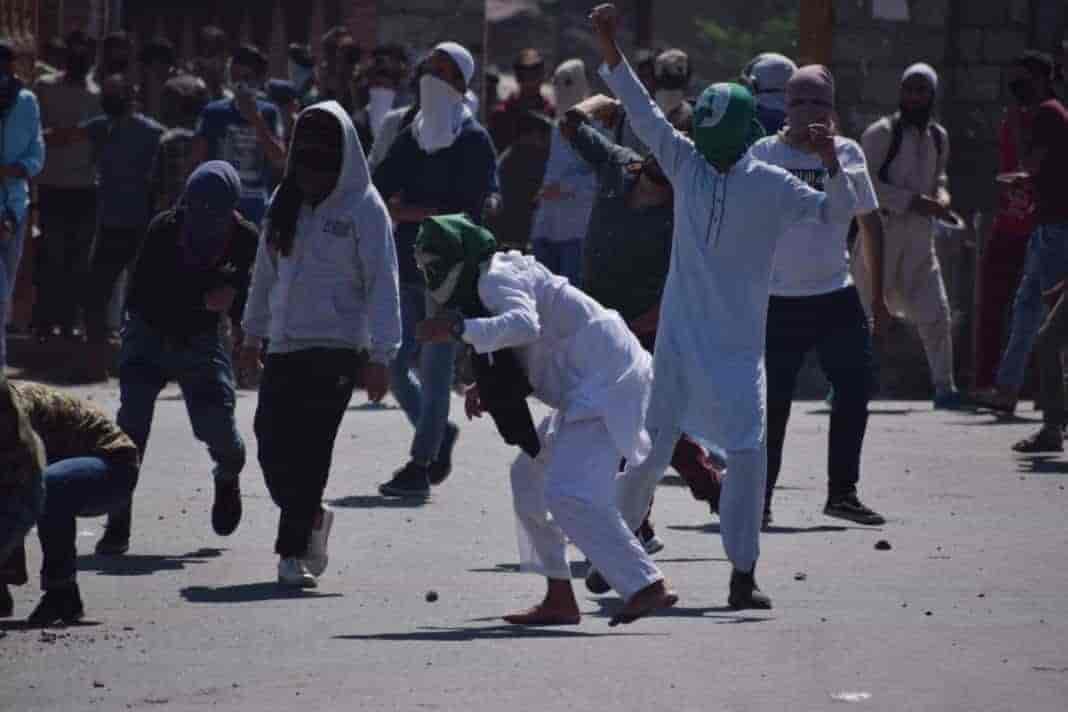 Clashes erupted between government forces and protesters in Nowhatta and Anantnag areas of Kashmir valley soon after congregational Friday prayers were over.

Eyewitnesses said soon after congregation Friday prayers were over hundreds of youth came out of the historical Jamia Masjid and attacked government forces with stones who responded firing pellet and tear smoke shells inside the vicinity of the Jamia Masjid market.