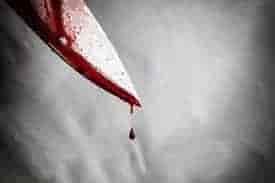 A woman was allegedly killed by her in laws in Palpora area of Srinagar on Sunday.

Relatives of the lady told news agency that the lady identified as Maimoona who was from Kanipora and married in Palpora Srinagar has been killed by in laws.

They alleged that she was killed by brother in law’s son with axe.

They said the deceased has only ailing father and brother at her paternal home and had visited Palpora on Friday only after fifteen days.

They said lady was married two years ago and was mother of a little girl.

They said her husband was at work when the incident took place and has demanded action.

Meanwhile, police has arrested accused and started investigation into the murder of the woman.