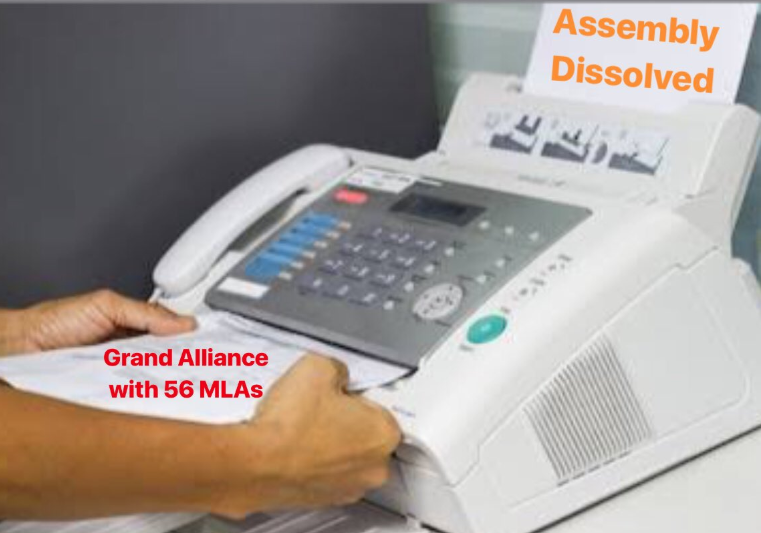 Amid the overnight political turbulence in the state assembly of Jammu and Kashmir, the netizens are taking over the stage. After the hustle over claims to form the government, former CM of the state, Mehmooba Mufti replied to National Conference’s (NC) leader, Omar Abdullah’s tweet posting a human skeleton depicting “those awaiting a response from the governor”

Meanwhile those awaiting a response. pic.twitter.com/Q4OM7rFfvB

The subsequent political events of the day have sparked Twitter with humorous memes. Some of the best are:

Former JNUSU president, Mohit took a dig at the central government for its appointed governor’s actions.

Twitter user, Harry Singh (@HSCSocial) wrote, “Man of the Match – Satyapal Malik Governor of Jammu & Kashmir.” Another user said that these dramatic events were better than any season of House Of Cards, a political show on Netflix.

A Facebook user, Neeraj Nawaz posted a video. Have a look at it:

One user made a meme out of Hurriyat Leadership’s reaction over this hustle.

Political activist, Jothimani wrote on her Twitter feed that even a fax machine can be an instrument to dissolve the assembly.

Forget about democracy! A Fax machine can be an instrumental to dissolve the assembly! Anything is possible in #NewIndia !#JammuKashmir

Political Parties: Sir, this is undemocratic.

Governor: I don’t give a fax#JammuKashmir

And the whole political scenario of the state right now, in a single frame.