In Bandipora govt school, 117 students in one room 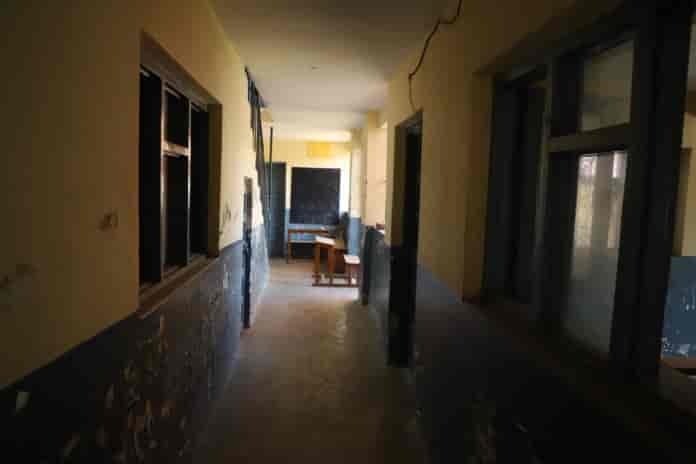 Bandipora: The government school in Kulhama village of Bandipora is painting a grim picture of the education sector in Kashmir, as the school has just three classrooms for 350 students.

Talking to news agency—Kashmir News Observer (KNO), the parents whose wards are enrolled in the school said that the school lacks the basic infrastructure and proper accommodation.

“Only three rooms are available at the school to accommodate 350 students from 1st to 8th standard,” they said.

They said that the school is located along the banks of Wular lake in Kulhama. With more than 60 students on rolls, the school does not have basic facilities like drinking water, electricity, infrastructure, washrooms and fencing.

The teachers at the school also claimed to have informed the concerned authorities but so far nothing has happened.

Gulam Rasool, a local said that authorities have abandoned the construction of new building for the last two years, and instead are now constructing another building.

“When the government could not make the previous incomplete building functional here, what compulsion did they have to build another building,” he said.

Meanwhile, locals demanded that the incomplete school building should be completed as soon as possible so that students can study in a better infrastructure.