In a first, primary health centres, primary schools, anganwadi centres in JK to be under panchayats 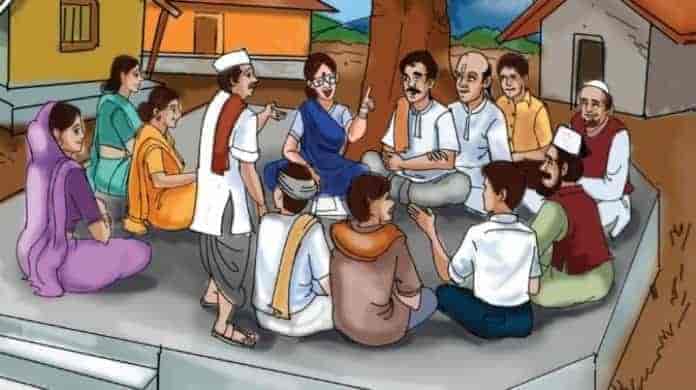 For the first time, primary health centres, primary schools and anganwadi centres in Jammu and Kashmir will come under the administrative control of the panchayats when elections to the local body will be completed next month, Home Minister Rajnath Singh said Friday, PTI reported.

The home minister said powers for ‘own fund generation’ like collection of the building permission fees, taxes on entertainment, advertisement, hoardings, various kinds of businesses and profession will also be given to the panchayats.

“The functions and functionaries of all the 29 subjects transferred to the panchayats under the 73rd amendment of the Constitution will be transferred to the Panchayats of Jammu and Kashmir, including institutions like primary health centers, primary schools, aganwadi centers to name a few,” he said in a statement.

The 73rd Constitutional Amendment Act was passed by the Parliament in 1993. The amendment provided a constitutional status to the panchayati raj institutions. The act was enforced upon all the state governments, except Jammu and Kashmir.

The polls to elect 4,130 sarpanches (village headmen), 29,719 panches (panchayat members) and 1,145 ward commissioners in Jammu and Kashmir will be held next month.

The home minister said financial powers of panchayats are being enhanced 10 times from Rs 10,000 to Rs 1 lakh. Similarly, they are being increased from Rs 25,000 to Rs 2.5 lakh for block councils.

The central and the state government funds will further supplement ‘own funds’ of the panchayats under various schemes such as MGNERGA, PMAY, ICDS, mid-day meal etc.

Singh said in addition to selection of eligible beneficiaries for various schemes, panchayats will also be involved in the implementations of key national schemes such as National Health Mission, Samagraha Siksha, mission for development of horticulture.

“On an average every panchayat will now get around Rs 50-80 lakh per year at its disposal for implementation of such schemes. To further strengthen the panchayats, additional posts are being sanctioned for accountant, data entry operator, block panchayat inspector etc,” he said.

Urban local body elections were last held in 2005 and panchayat elections in 2011.