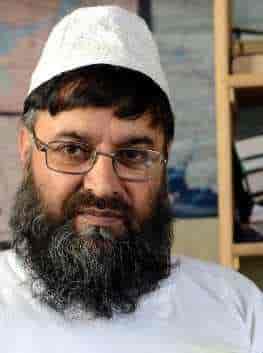 He has been one of the major voices against the Indian government in Kashmir. Born in 1963, he was first arrested in 1984 for his political activism and later became patron of the Islamic Students League (ISL). Participating in protests and now online debates about Kashmir politics, Shakeel Bakshi, doesn’t align himself with any of the pro-freedom groups of the region. He says, “leadership is in its evolutionary stage, only those can carry the flag of the resistance movement who will remain on principles.” He has spent eleven years in jail. The Kashmir Walla’s Muheet ul Islam talks to Bakshi in Srinagar, Kashmir.

How did you get involved in the resistance movement of Kashmir?

As the occupation is older than my birth, resistance was already present there. In 1963 when I was an infant there was a movement going on about holy relic [belonging to the Prophet Muhammad P.B.U.H]. Later in 1965 war my whole area was burned by Indian army so I can say that it was right from my childhood I was involved in the resistance movement rather I will say I took the flag of the resistance that was already carried by my seniors.

How do you see the last 25 years of the resistance movement?

Last 25 years is the outcome of the occupation, since then the freedom movement is going on. It was in its infancy period then and now it is in its adult stage and is moving towards its conclusion. Logical end I would say, rather, that is to restore the sovereignty that was snatched by Government of India in 1947.

Do you think there were any mistakes during this period?

One cannot say that what mistakes were committed in mid-way. Positives and negatives are present everywhere, they are the part of game in the resistance movement. I will provide you with an example, if someone has a business he/she cannot estimate whether they are in profit or loss during the time of work. What they do is check them at the end of the day. Same-way we will see them later on once we achieve our goal.

You are seen as leader who mostly doesn’t align himself with any particular party. Why so?

Yes it is true [smiles]. There is a saying in Urdu, “chalta hun har eek rah kay saath, pehchanta nahi apne rehbar ko main.” (I walk on every path and don’t recognize my guide.) There were many leaders who joined the resistance movement and left and still acid tests are going on many others. Once I find someone who will be sincere for the people of Kashmir in real sense and will act as a pillar for the movement, I will love to join hands, rub my shoulders with them. Moreover, I was part of the movement before some leaders who joined the movement later.

Does that mean the sincerity of current pro-freedom leaders is questionable?

It is under evolutionary process, an acid test. I am not satisfied so I am away from them.

Who do you look forward to when it comes to leadership of resistant movements?

Well it is up to youth, when they will come to know each and everything related to the resistance movement then they will decide whom to follow, so as to achieving their cherished goal. I can’t tell them whom to follow, for that they need to understand every aspect what is happening here.

You have been collecting dates of historical events related to Kashmir and share them on Facebook. A local newspaper also publishes them next day. Is it something that you want young generation to know?

Every movement works on an institutionalized way or in other words I would say that our enemy wants us to isolate us from 5000 year old written history. My aim is to link present generation with the past so that they will come to know what India has done here so that young generation will come to know about it. Then they can find new way to achieve what they want. One can achieve its goal by knowing its history.

There has been another split in the Hurriyat conference group, and already there are several groups. What are your views on them and the splits?

Leadership is in its evolutionary stage, only those can carry the flag of the resistance movement who will remain on principles. Movement requires something different as it started in non-conventional way. It is neither people centric nor leader centric. It is not like becoming leaders by breaking away from groups and forum and chanting about unity. Until movement is free from outside dictations for petty commercial interests, Baitulmaal [Charity] changed into Male Ganemat [War bounty], these things may happen. Leadership is going through the acid tests as I said many leaders came and go after joining the freedom struggle.

Has anything changed from 1990s uprisings and since 2008 till date?

I said it earlier it was in infancy stage then, now it is in adult stage.

Reportedly, young boys are picking up guns again. Is that something that surprises you or you think one day it will increase?

It is up to India what they want. How can you expect counterpart to use knives for guns? As long as the gun is used to restore peace by the Government of India I don’t think anybody can be stopped from using the same language what other understands. And in future it is up to India whether it would like to use the same pattern what it has been using or will it change for the betterment of Kashmiri people.

What is an independent Kashmir in your views – how would you introduce it to someone who has no idea?

The land where I can die or a graveyard where I can lie. I will recall you the history in support of my answer. When Mohammad Ali Jouhar went to London in Second Round Table conference, he only said one thing there. “Give me piece of land where I can die or a grave yard where I can lie.” That was a message that I inherited from that great man. One place is graveyard and the other is where one can live without any fear. The result he died in London was because he was not a given independence and is buried there at Masjid Umar. Now it’s up to younger generation what they want Independent state or a slavery slate.