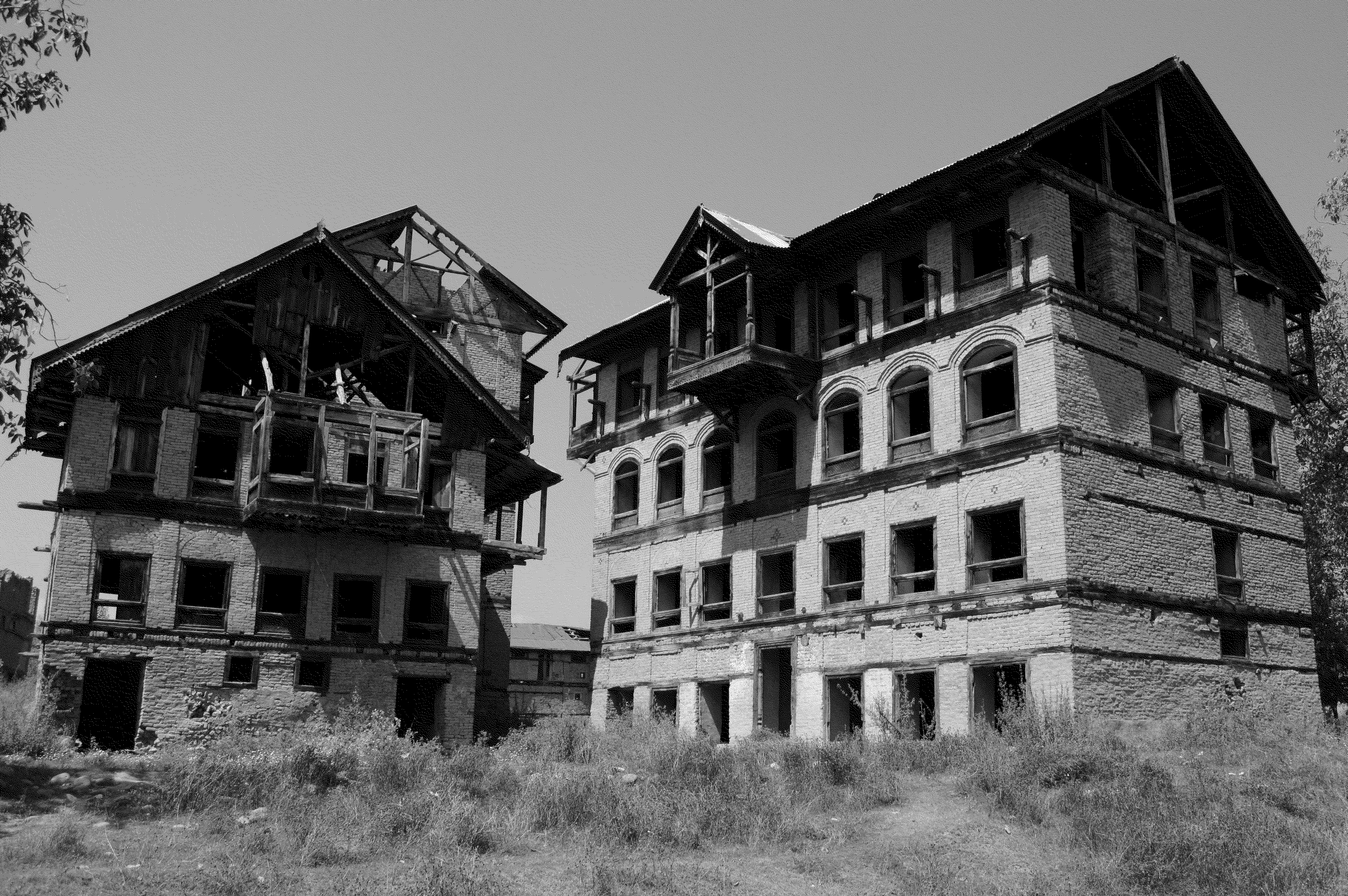 I don’t know who I belong to now. Once I had a family. There used to be laughter all around. The children drew sketches on the walls. Mother cooked all day in the kitchen. Father looked at me fondly in the mornings and the evenings. Grandfather, a fine gardener, planted the most beautiful evergreens, which never withered. I envied the walnut tree in the courtyard. Everyone loved it for its majesty, benevolent shade and delectable walnuts. Once during a wedding, I was decorated. Father got the latticed windows painted. Blue, yellow, magenta, purple and splendid peach! Relatives hung garlands of marigolds around the doors of the rooms. They painted the oven vermilion. ‘The woodcarving on the ceilings is exquisite. Can we get hold of the carpenter who crafted this?’ a guest had said to father. Pigeons built nests on my rooftop and nurtured their young ones. Passersby who walked past stopped briefly to look at me and smiled.

Nothing escaped me. The conversations stuck to my walls like tattoos. Grandmother roasted chestnuts in firepots. The fragrance is still trapped in my bosom. Well, to be honest, some of it has faded away over the years. The long and desolate winters stole it. I saw myself through the eyes of my family. I saw my reflection in their dreams. I was beautiful.

Now I have nothing much to do. At a distance, there are other houses like me. Their perforated shadows kiss the earth in the evenings. On certain days, I talk to them and narrate a story or two. In the night, loneliness grows on me.

The day mother left, she cried. Years after she was gone, I saw an impression of her hennaed hands on the door. I like to think she left it for me.

One summer day someone came and quietly took pictures of me. I looked around. The trees had vanished. I wish it were winter. The snow protects me. I look like a bride. But I like spring the best when the snow starts melting on the rooftop and in the courtyard. A small lake is formed. The reflection of the sky in the water turns it cerulean. On a moonlit night I see my reflection among the stars. A solemn stillness radiates. In the morning, seedlings erupt out of the stubborn earth. Creepers cover me and hide the crevices.

The laughter ricochets. Mother is making apricot jam. Father is digging the soil in the garden and collecting deadwood. Grandmother is sweeping the staircase. Unfamiliar children have come to play in the corridor. I wonder whose children they are. They play pranks on one another and sprinkle water on the walls. Father scolds them affectionately. There is din all over. The rooms are full of new belongings. A shoe rack on the verandah contains new shoes.

Grandfather has grown weary. He sits in his room and looks at the walnut tree from the window. Soon, the kids will climb on it and pluck walnuts. They will smash some on the walls. Father will finish his work and look at me before retiring to bed.

Seasons have come and gone. I have forgotten nothing. The windows need new panes. The walls crave new paint. I like peach because mother likes peach too.

Haal is a sleepy hamlet in Pulwama, Kashmir. Twenty-three years ago, several Kashmiri Pandit families lived there. They dreamt of living and dying there in their ancestral houses. They wanted to flourish and be happy. With the onset of militancy in Kashmir in the winter of 1990, they fled their houses and became migrants. All that is left now is a row of abandoned houses in a dilapidated condition. A ruin! A couple of houses are about to cave in. What remains of one house is just a façade. Yet one deserted house on the roadside has survived years of neglect. The windows are shut. The door is half open. On the wall there is a name written in bold capital letters: Madhusudan Bhat. It is difficult to trace the other Pandit migrant families who once lived in these houses. No one knows the whereabouts of Madhusudan Bhat. According to a news report, he died a few years ago. These abandoned houses are the last remnants of the identity of the Kashmiri Pandits of Haal.

The text above is written by Siddhartha Gigoo, who is the author of the novel The Garden of Solitude and the director of the film The Last Day. Photographs were clicked by Muhabit ul Haq, a photojournalist from Kashmir. Currently, based in Delhi.