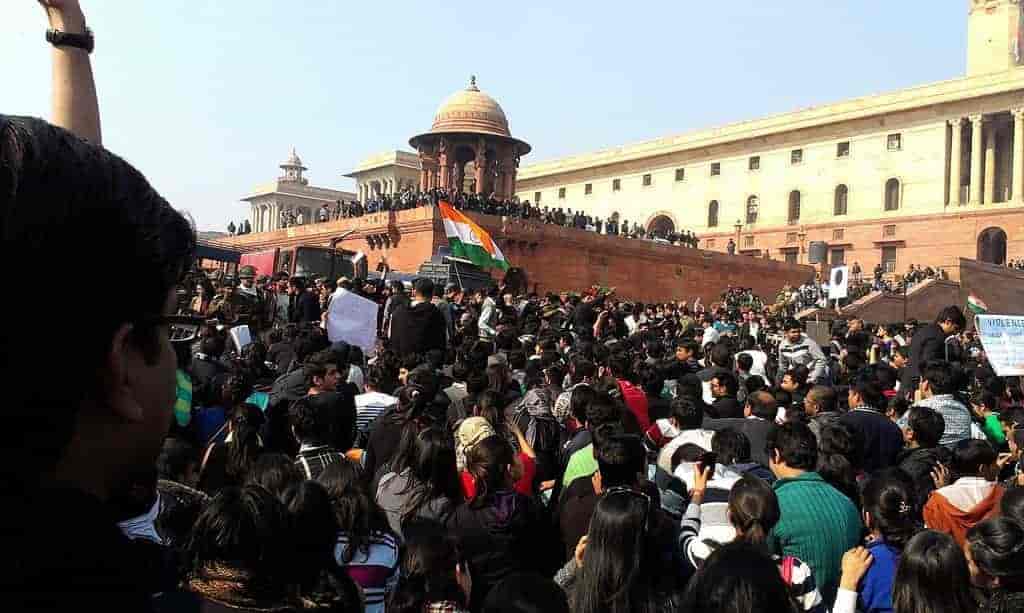 As the mercury soars outside, a seething fury seems to swell inside. The morning newspaper is replete with reports on gang rapes, trafficking and brutalities perpetrated against women. There is this 23 year old young woman from Noida, gang-raped and allegedly brutalised by her in-laws including her father-in-law and brother-in-law. There is a picture of onlookers, gazing with bewilderment, at the spot where two innocent Dalit girls are found hanging from a tree in a village in UP before being devoured by monsters. There is also the report of a tribal girl from Jharkhand who is avictim of human trafficking and recounts ghastly stories of atrocities perpetrated by her employers. These are just a few of a series of barbarous incidents that have taken place in the last two months while the entire nation was gripped in the election frenzy.

These gut churning incidents from around the country swell up a wave of exasperation, frustration and bitterness; there is an irresistible urge to tear the newspaper to pieces and hurl the tea cup at the opposite wall. Torrents of long suppressed rage and pain are pent up, waiting for a crack in the dam, waiting to burst. But the grieved mind has gone through this before, and knows that these recent incidents will simply raise the bar of tolerance, forbearance and equanimity.

There is a fundamental question that surfaces and resurfaces every time such acts are committed – have crimes against women seen such a phenomenal spurt in the recent past, or are these being increasingly brought to the fore thanks to the proliferation of media? It is perhaps a combination of both. Whateverthe case, crimes against women have become such an inexorable feature of our existence that merely typing the word ‘Crimes’ in the Google search bar produces two equally disquieting results  – the first being ‘Crimes against women’ and the second being ‘Crimes in India’!

As these felonies continue unabated, social scientists, policy-makers and activists are often seen to debate and deliberate upon two possible solutions to the crisis viz. stricter law enforcement or social transformation. Many argue that the crisis is endemic, chronic and the natural fallout of a patriarchal society that has, since time immemorial, relegated the ‘second sex’ to subordination and subjugation. Hence the key to eradication of crimes against women, it is argued, lies in widespread social transformation culminating into elevation of the status of women in society. But before we talk of any premeditated drive to achieve this, it perhaps makes sense to remind ourselves that we are a nation obsessed with the multitude of goddesses in our spiritual realm – be it goddess of wealth, goddess of power, goddess of prosperity or goddess of destruction. Why then, does the worship of a woman end outside the ramparts of a temple?

While the importance of a social transition cannot be over emphasized, perhaps the need of the hour is inculcating fear in the minds of potential perpetrators. At the risk of sounding like a total Philistine, maybe a ‘chop square’ is what many an enraged mind could ask for at this juncture – a place where the fingers, arms, limbs and even the very organ of a man’s body which is used to violate assault and decimate a woman are hacked off – condign punishment for the abominable acts. But India is no Saudi Arabia, and here the fearlessness of the rapist, murderer, eve-teaser, acid attacker and dowry claimer can be curbed only by the strictest of laws and timely enforcement of the same.

Continuing with the debate, will education or social awareness really deter the upper-caste landowners from using rape as a means of subjugating the landless Dalits, or the mothers-in-law who are as conniving as the males of the family in executing dowry deaths, or the village headmen who mete out ‘punishment’ to ‘offenders’ by ordering for gang rapes in their kangaroo courts? Surely not, only fear will. Fear of the law, fear of imprisonment (preferably for life) or even fear of the gallows.

We live in turbulent times, but even in this hour of darkness, it is faintly heartening to witness the emergence of strong public opinion. The urban middle class seems to have found a collective voice for their collective wrath and compassion. As the entire nation suffered from the cruel brutalisation and senseless passing away of Nirbhaya, it was strong and strident public opinion that fuelled the march towards punishment for the offenders and amendment of anti-rape laws. Undoubtedly, activism and public opinion are going to be increasingly important in the days to come, as more and more women denounce patriarchal systems and come out in the academic and professional arenas.

Let us, therefore, not be weak-kneed or tolerant of the injustice that is rearing its ugly head all around. Let us raise our voices against childhoods stolen in brothels, girls killed in wombs, lives smouldered by acids, hundreds of women violated by husbands, fathers, uncles, employers, friends. Let us fuel the momentum of the movement that is still very much in its nascency and keep reminding the world, time and again, that women’s bodies are not battlefields for hate wars.