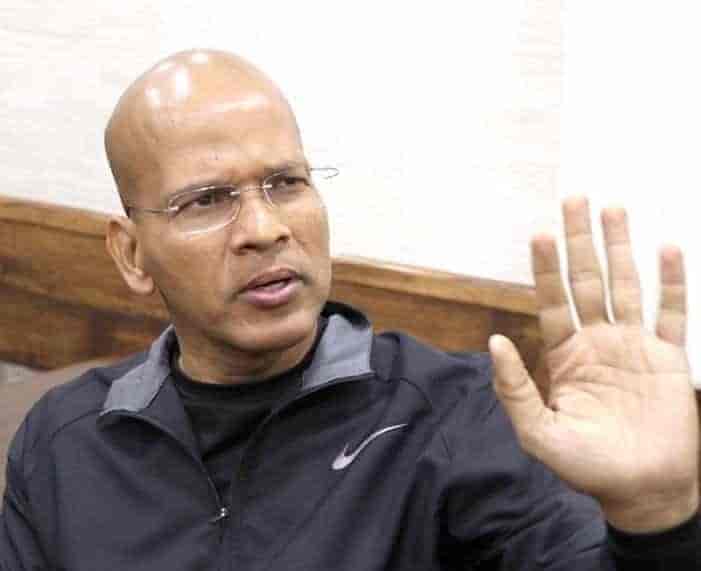 In a brazen violation of service rules Inspector General of Police (Traffic) Basant Rath can be seen hitting and slapping a person in Srinagar, in a video.

In a 45-second video that has gone viral on the social networking sites, the IPS officer Rath is seen hitting and slapping a person three to four times repeatedly, while the audio is largely inaudible.

The video has received a flak from Kashmiri netizens, common citizens, journalists and politicians, who have criticized the behavior of the police chief.

National conference Spokesperson Junaid Azim Mattu said that the acts like that of Basant Rath were alienating the young men of the valley.

And unsurprisingly it didn’t take this chap’s transfer to field operations for Kashmiri youth to lose an “icon” my dear friend @shahfaesal. He managed to start beating young men up in the Traffic wing only. Why shouldn’t our youth be alienated and disgruntled? pic.twitter.com/7DH2idGrm9

Journalist Sameer Yasir termed the act as a disgrace and claimed that the famed traffic cop had failed in Kashmir,”Shri Basant Rath is a disgrace on the name of traffic policing. He failed miserably in #Kashmir when it come to his primary job. Other job, of using camera for fame, is also giving it back. Watch the traffic management by cop. This is Kashmir and reality. @HMOIndia. @rajnathsingh,” Sameer wrote on his twitter along with the video link of the act, while tagging home minister Rajnath Singh.

Not only Politicians and Journalists, common people who have been taking selfies with the IGP were also aghast at the act.

Disobedience to Law can never be justified in any circumstance.

Such incidents and high handed egoistic behavior of any police officer diminishes people’s faith and trust in the department. @spvaid @jandkgovernor pic.twitter.com/6132quf0H8