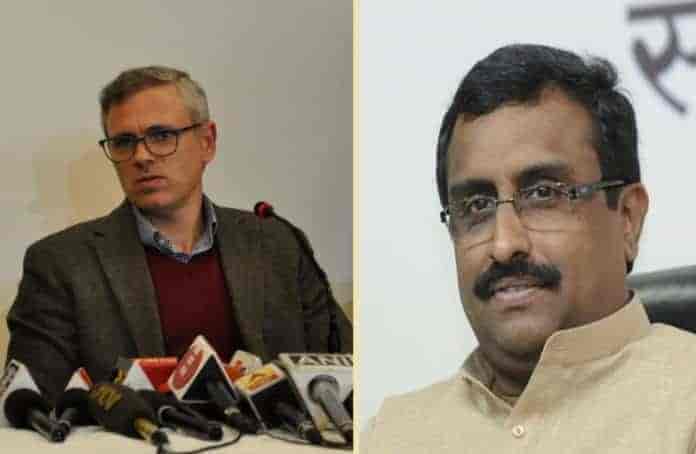 Bhartiya Janta Party general secretary Ram Madhav took his ‘comment’ back in which he had accused the PDP-NC-Congress of forming the government at the behest of Pakistan after a Twitter war with former chief minister of Jammu and Kashmir Omar Abdullah.

Earlier former chief minister of Jammu and Kashmir Omar Abdullah in a series of tweets lashed out at the BJP spokesperson and challenged Madhav to either prove his allegations or apologise.

Madhav who had been travelling did not respond to Omar, however as soon he landed in Aizawl he said that he had taken his comments back,“Just landed in Aizawl and saw this,” Madhav tweeted “Now that you deny any external pressure I take back my comment, but, now that you proved it was genuine love between NC and PDP tht prompted a failed govt formation attempt, you should fight next elections together. Mind you, it’s [a] political comment, not personal ,”

Previous articleModi govt approves Kartarpur corridor, urges Pakistan to follow suit
Next articleUndoubtedly Pakistan has impact on situation in J&K, but it is for India to change that: Mehbooba