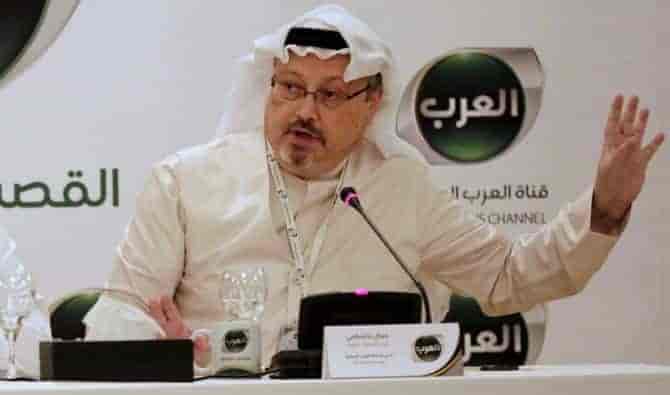 The last words of Washington Post Journalist Jamal Khashoggi before he was killed were “I can’t breathe,”  a CNN report said.

JKhashoggi was killed by a Saudi hit squad at the country’s consulate in Istanbul in October.

An informed source, who has read a translated transcript of an audio recording of the journalist’s painful last moments, told CNN on Sunday it was clear that the killing on October 2 was no botched rendition attempt, but the execution of a premeditated plan to murder Khashoggi.

The transcript begins at the moment Khashoggi enters the Saudi consulate in a quiet residential district of Istanbul at lunchtime on October 2.

Khashoggi thought he had made a routine appointment to pick up papers that would allow him to marry his Turkish fiancee, Hatice Cengiz, but he soon found out that something was wrong when he recognised one of the men who meets him.

According to CNN’s source, a voice identified in the transcript as Maher Abdulaziz Mutreb, a former Saudi diplomat and intelligence official working for Crown Prince Mohammad bin Salman, and known to Khashoggi from their time together at the Saudi Embassy in London, addresses him.

“You are coming back,” the man says.

“You can’t do that,” Khashoggi replies. “People are waiting outside.”

Without any further dialogue, according to the source, the transcript indicates that several people set upon Khashoggi.

Noises follow and very quickly Khashoggi is fighting for air.

The transcript notes the sounds of the journalist’s body then being dismembered by a saw, as the alleged perpetrators were advised to listen to music to block out the sound.

However, it does not specify the exact moment of Khashoggi’s death.

According to the source, the transcript notes that at least three phone calls were placed by Mutreb and according to Turkish officials, the calls were made to senior figures in Riyadh.

The original transcript of the audio was prepared by Turkish intelligence services but they have not revealed how they obtained the audio.

In response to the development, a Saudi official told CNN: “The relevant Saudi security officials have reviewed the transcript and tape materials through Turkish security channels and nowhere in them is there any reference or indication of a call being made.

“If there is additional information Turkish authorities have that we are unaware of, we would welcome it being officially handed over to us for review.”

The official did not address the transcript’s characterisation of the scene inside the Saudi consulate, nor Khashoggi’s last words. (with inputs from IANS)