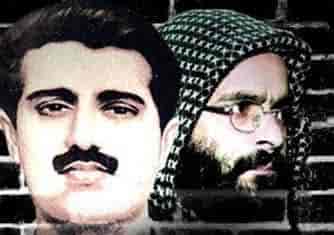 Srinagar: Hurriyat Conference (M) on Friday called for a complete shutdown on February 09 and 11 in wake of the anniversary of Muhammad Afzal Guru and Muhammad Maqbool Bhat respectively.

The spokesman said that “their great sacrifices have got etched in the collective conscience as the nation striving for resolution of Kashmir dispute. They are a constant reminder of the great sacrifices rendered by the nation in our 72-year long struggle.”

“The best way to pay tributes to the martyrs of Kashmir, including Bhat and Guru is that we remain steadfast in pursuance of our demand for resolution of Kashmir issue in accordance with the people’s will that has priceless sacrifices at its back,” he said.

Hurriyat (M) urged the international community to take note of the happening in and the clampdown unleashed by the Government of India (GOI). It urged the world bodies especially world human rights organizations to play their role asking New Delhi to return the mortal remains of Bhat and Guru buried in Tihar Jail, to their families for burial in their own land in Kashmir. (KNO)