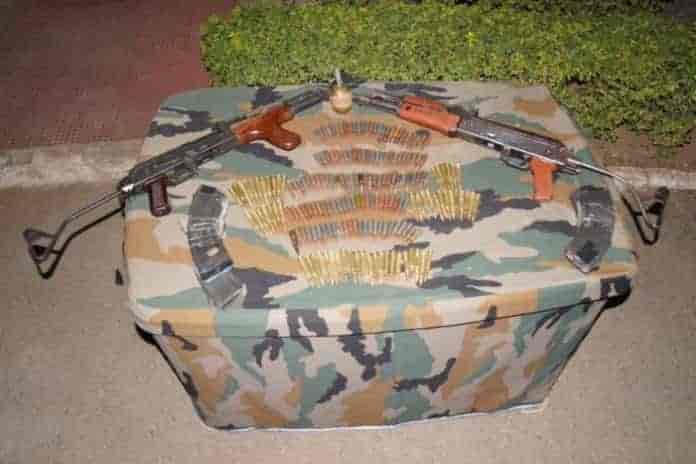 The Army Saturday said they have averted a major terror attack with the seizure of a huge cache of arms and ammunition in Kathua district of Jammu and Kashmir.

Two AK assault rifles, a hand grenade, four magazines with 256 rounds and 59 rounds of sniper ammunition were seized during a joint operation by the Army and local police in the Billawar block early Saturday, a defence spokesman told PTI.

He said the security forces conducted the operation after receiving inputs from military intelligence and this recovery has averted a major terrorists strike planned in the Jammu region .

Quoting defence sources PTI said the arms and ammunition were wrapped in a polythene bag and dumped in an isolated area in a village for later use.