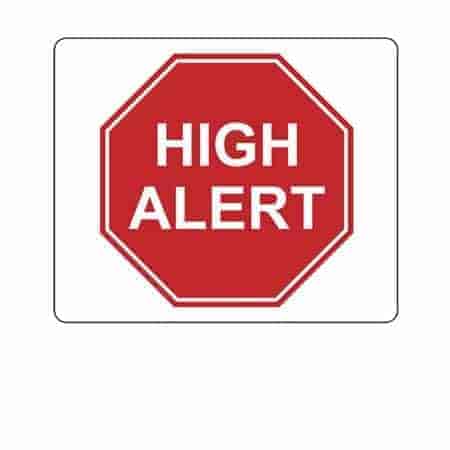 A high alert was sounded Wednesday in the Jammu region after suspected militants fired on government forces on a highway here, police officials said, PTI reported.

Security in and around important and strategic establishments has also been increased, they said.

The high alert was issued for areas along the Jammu-Srinagar national highway and the Jammu region after the incident, the officials said.

Security was increased at Katra, the base camp of the Mata Vaishno Devi cave shrine, and on all roads leading to the town, they said.

The officials said all checkpoints on the highway have been put on alert and vehicles are being checked.

The suspected militants opened fire on the security men after they intercepted a truck that sped past a check point on the highway, Senior Superintendent of Police (SSP), Jammu, Vivek Gupta, was quoted as saying by PTI.

They fired on the personnel from the vehicle before fleeing, he said.

However, the driver and the conductor of the truck were taken into custody, the SSP said.

Gupta said an AK assault rifle and three magazines were seized from the truck during a search.