‘Heart wrenching to see baby Hiba under the influence of anaesthesia’ 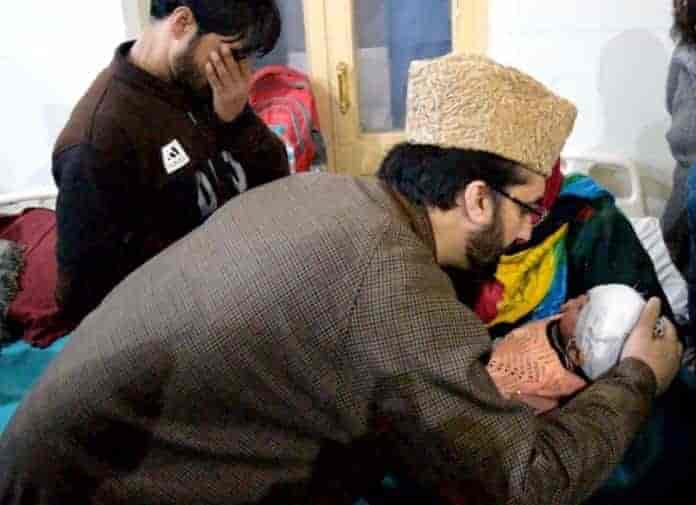 Taking to his Twitter handle, Mirwaiz termed the visit as heart wrenching. “Heart wrenching to see baby Hiba under the influence of anaesthesia as she undergoes a second eye surgery while her parents cry ! Such extreme cruelty! Ask Govt of India to Stop the tyranny of the #PelletGun on Kashmiris!” He wrote.

20 -month-old Hiba Nisar was among 20 injured in a village of south Kashmir’s Shopian district where six militants a civilian and an army man were killed in a gunfight.

Hiba Nisar has a pellet injury in her right eye and has undergone two surgeries until now, and doctors treating her have expressed little hope over her regaining the sight in her eye.

According to her Father Nisar Ahmad, she was injured when tear gas shells landed in the compound of their house, “We were sitting inside our house. However, the intense tear smoke prompted us to leave the house. As soon I opened the door of my house forces fired pellets on us,”

Hiba has become a face of pellet horror in Kashmir.

Previous articleOut there, for winter in Kashmir
Next articleTold Pakistan to vacate all areas under its illegal occupation in J&K: Sushma