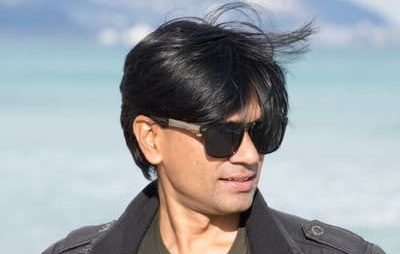 The Supreme Court on Friday granted five-day interim bail to Alt News co-founder Mohammed Zubair in connection with an FIR lodged against him in Sitapur district of Uttar Pradesh for allegedly outraging religious sentiments, reported Press Trust of India (PTI).

The top court also restrained Zubair from posting anything on Twitter with regard to the case, and asked him not to leave the jurisdiction of Delhi court.

As per the report, vacation bench of Justices Indira Banerjee and JK Maheshari issued notice on Zubair’s plea and listed it for further hearing before a regular bench.

It clarified that its interim bail order is with respect to the FIR lodged in Sitapur and has nothing to do with a case registered against him in Delhi.

The bench clarified that it has not stayed the investigation in the case registered at Sitapur and police can seize laptop and other electronic gadgets, if required.

During the hearing, reads the report by PTI, Solicitor General Tushar Mehta, appearing for the Uttar Pradesh government, said Zubair will remain in custody as per the order of the Delhi court.

He said there was willful suppression of facts by Zubair that his bail plea has been rejected by the Sitapur court on Thursday and he has been in police custody by the speaking order of the court.

An FIR was lodged against Zubair in Uttar Pradesh under Indian Penal Code (IPC) section 295A (deliberate and malicious act intended to outrage religious feelings) and section 67 of the IT Act here on a complaint by Hindu Sher Sena Sitapur district president Bhagwan Sharan on 1 June.

Zubair was arrested by the Delhi Police on 27 June for allegedly hurting religious sentiments through one of his tweets.

Additional Solicitor General SV Raju, appearing for the investigating officer in the Uttar Pradesh matter, said a prime facie case is made out under section 295 (A) of IPC (Deliberate and malicious acts, intended to outrage religious feelings of any class by insulting its religion or religious beliefs) and under section 153A (promoting enmity between groups).

As per the report, he said that the act of Zubair publicly calling seers as “hate mongers” has potential to outrage religious feelings of a particular community and incite violence.

Senior advocate Colin Gonsalves, appearing for Zubair, said he is admitting to the tweets but these tweets do not disclose commission of any offence and has only pointed out to the offences of hate speeches and police has subsequently taken action against the perpetrators.

Mehta, Solicitor General, said this is not the question of one tweet or two tweets but the question is that he is part of a syndicate which is regularly posting such tweets with the intention to destabilise the country.

“We don’t want to disclose much since the investigation is pending but there is a question of money involved in the case. Money has been donated to him from the countries which are inimical to India”, he said, as per PTI.

Gonsalves said there is a threat to his life and he needs to be protected as it is a question of right to life.

The bench directed that a translated order of the Uttar Pradesh court be filed along with other documents before the next date of hearing.

Seeking bail from the top court, Zubair, in his plea, has submitted that there is a “new” police strategy afoot in hate speech cases and communal crimes where FIRs are registered against criminals as well as those monitoring and protesting such crimes.

He has alleged the strategy is to “stifle” freedom of speech of secular persons in society who stand up against communal elements.

He sought quashing of the FIR and bail in a case registered against him in Sitapur. He has also alleged there is a threat to his life in Uttar Pradesh.

Zubair’s petition said it is a “new police strategy for registering FIRs in hate crime cases against criminals as well as those monitoring and protesting hate crimes.”

The appeal by the journalist from the fact-checking website has sought a stay of the investigation in the Sitapur FIR and direction to the Uttar Pradesh government not to proceed, prosecute or arrest the petitioner.

“There is a new strategy afoot for the police in communal crime cases. That is to register FIRs against those engaging in hate speech and communal crimes, as well as to rope in all secular elements monitoring such crimes and protesting police inaction against wrongdoers,” Zubair submitted in his petition.

“This is done with the intention of stifling freedom of speech of secular persons in society who stand up against communal elements and to put fear into them so that they no longer protest,” the petition contended, as per PTI.

The petition said it is, therefore, imperative that the top court understand this new strategy and nip it in the bud so that secular social activism continues on its path and plays the most necessary role in society to stand up to communalism. (PTI)