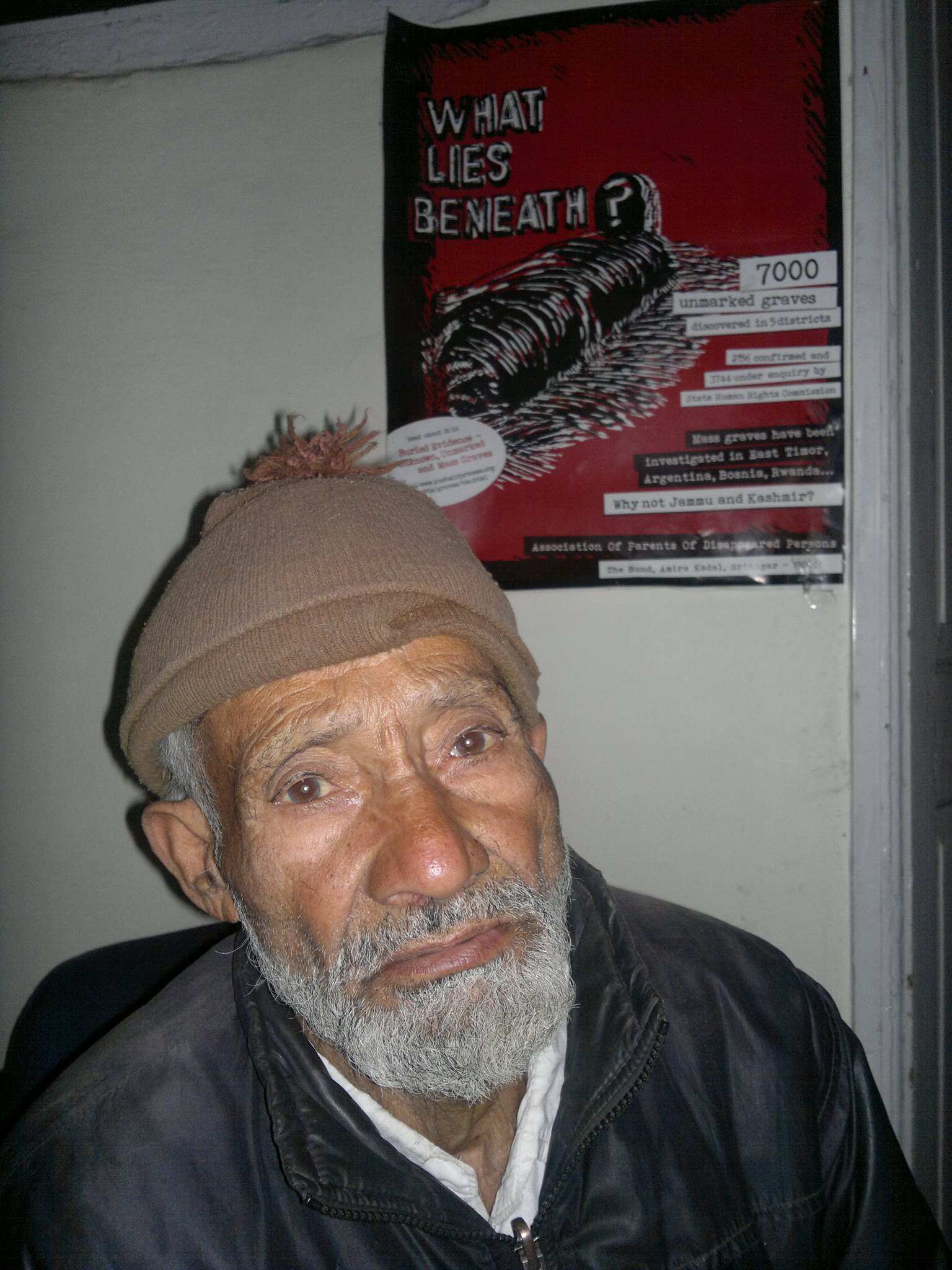 Atta Mohammad (75) of Bimyar, Chahal, Uri died last night after prolonged ailment. Atta Mohammad is one such brave Kashmiri who despite an atmosphere of militarization and repression, continued to speak truth. In the last 25 years of violent repression, Atta Mohammad in his village received 235 unidentified bullet ridden dead bodies, most of whom the armed forces claimed are militants killed in encounters. This included the dead body of a six-moth old baby girl.

According to Atta Mohammad, he felt the forces that killed these unidentified persons, would not have paid respect to the dead; therefore he chose to give them a proper burial. On some occasions, he and the local community members would retain some belonging of the dead, which helped in identification, when their families came looking for them.

So far Association of Parents of Disappeared Persons (APDP) and Jammu Kashmir Coalition of Civil Society (JKCCS) through sustained research work, have been able to document the existence of 7000 unmarked graves in Baramulla, Kupwara, Bandipora, Poonch and Rajouri districts of Jammu and Kashmir. The government has no records to prove the identity of these unidentified persons.

There are many places where local gravediggers have been involved in burying the unidentified dead persons after the dead bodies were hand over to them by the army or Police. Atta Mohammad is amongst very few people who came out in the open to testify as the witness. He was perhaps the only gravedigger who did not mind being identified by his name publicly despite being intimidated by the Police. He was very keen that his testimony should have been used by the government for conducting a credible investigation into the phenomenon of unmarked graves in Jammu and Kashmir.

APDP pays rich tribute to this courageous man, who lived his life in abject poverty and did not compromise on speaking the truth.

A statement by Association of Parents of Disappeared Persons