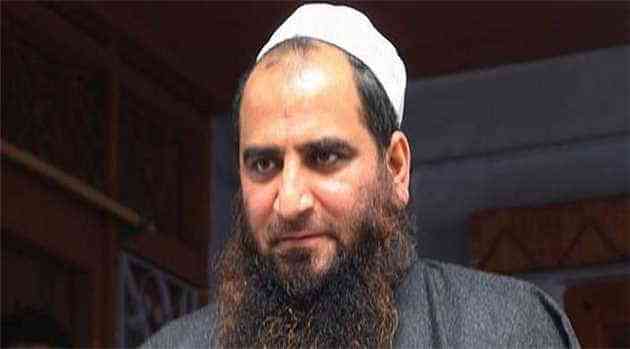 Chairman of Muslim League, Masarat Alam Bhat, was shifted to Kotbal Jail in Jammu last night after the authorities slapped Public Safety Act (PSA) against him. He has spent more than seventeen years in prisons in last 25 years under various PSA orders.

The JKCCS in a statement issued here said, “This PSA order is against the Indian Supreme Court decision of 22 March 2013 that mandated, any fresh PSA order against him would not come into force for a week from the date of communication of the order to enable him to pursue appropriate legal remedies.”

The statement also added that the transfer of Alam to Jammu under this PSA order comes two days before his bail hearing in a FIR where he has been charged for sedition and waging of war for being part of a peaceful procession.

“Neither the sloganeering in the procession nor the raising of the Pakistani flag would be considered criminal even under Indian law. The FIR, arrest, and PSA order are all bad in law, and against the decisions of the Indian Supreme Court, and the Jammu and Kashmir High Court,” the statement quoted the spokesperson of the group.

Accusing the state government of acting as surrogates, it added they are paying heed to the “fascist groups and the jingoistic media of India, who earlier ensured hanging of Mohammad Afzal Guru for satisfying ‘collective conscience’ of Indian people and now Masarat Alam too is being victimized to address the same ‘collective conscience’.”