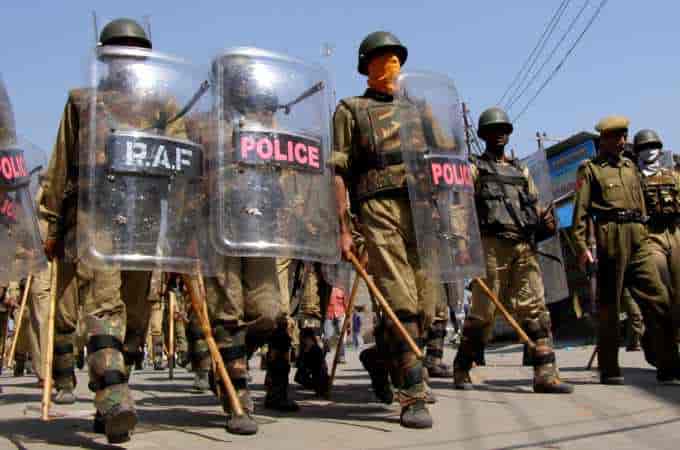 An online campaign, Free Kashmiri Political Prisoners, launched for the release of Kashmiri political prisoners from various Indian jails, is attracting endorsement and support from various academics, intellectuals and filmmakers from around the world.

The circulated letter (which can be found here) of the campaign demands the release of all Kashmiri political prisoners, especially those who have been arrested without charges or on spurious charges of “sedition” — often simply for expressing political dissent. It also demands, fair trials for those who are imprisoned, and are charged or otherwise, for criminal conspiracy against the state, end to the culture of open cases against those Kashmiris who are peacefully expressing their dissent, revocation of the draconian laws like AFSPA and PSA — rooted in the most repressive phase of the British colonial period — that allow for indefinite detention without charges or trial, return to their families the last remains of Shaheed Afzal Guru and Shaheed Maqbool Bhat, being kept illegally in the Tihar prison in New Delhi, where they were executed based on politically-motivated judgments and against all norms of justice and fairness, and a sincere and time bound political process that will lead to negotiations with genuine Kashmiri representatives for the future of Kashmir.

As part of this global campaign, Free Kashmiri Political Prisoners has concurrently organized a month of daily fasts, under the name Fast for Freedom, in solidarity with Kashmiri political prisoners, especially Sheikh Farhat and Sheikh Imran, who have been in a West Bengal jail for over a decade. The fasts are voluntary and have attracted wide support from both Kashmiri and non-Kashmiri activists from across the world. More than 90 people, based all over the globe, are keeping day-long fasts, for a total of 234 times spread over 31 days.  The highpoint of the campaign was when five Kashmiri women activists — Tahira Begum (Uri), Haleema Begum (Bandipora), Raja Begum (Pattan), Muneera Begum (Andergam, Palhallan), and Haleema Begum (Palhallan) — whose husbands have been forcibly disappeared by Indian military, joined to fast for a day. The fasts, which started on January 11, 2014 will continue till February 11, 2014: the 30th martyrdom anniversary of Shaheed Maqbool Bhat.