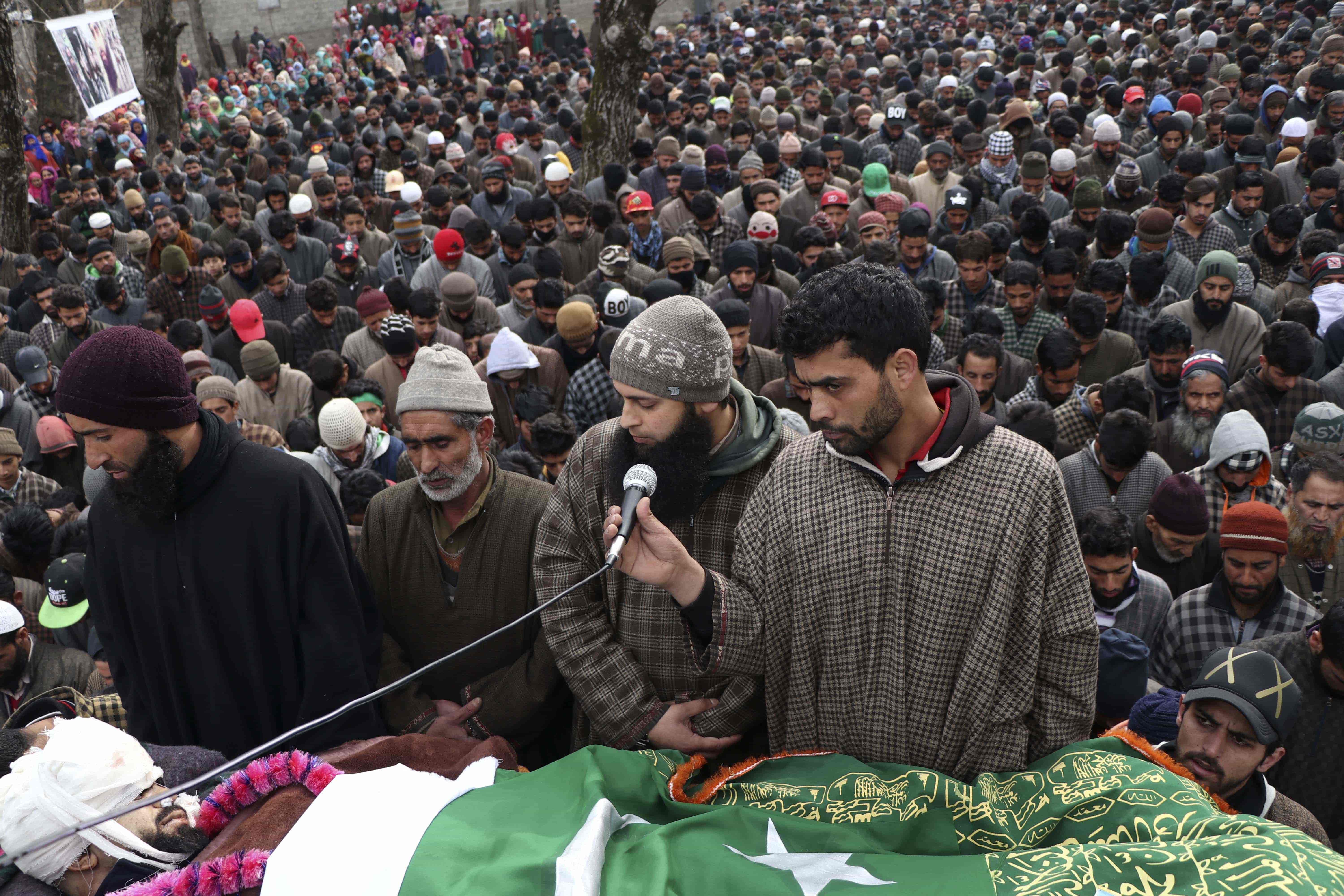 Shopian: Rayees Ahmad Ganie, who used to work as a laborer, was shot at in head by army personnel on last Saturday during a protest. He succumbed to his injuries today morning at a hospital in Srinagar.

On Wednesday, at dawn, doctors declared him dead as he was admitted in critical condition on 27 January. He was living alone with his mother at Astan-Mohallah in Narpora village of South Kashmir’s Shopian district. Mohammad Yousuf Ganie, Rayees’s father has passed away five years ago.

“On the day when he was shot by Army in Ganawpora village, in the morning he was getting ready, wore new clothes as his in-laws were about to see him in the afternoon. He was getting married soon,” said Nasir, one of the close neighbors. Rayee’s brother and sister are already married and they live separately in the same village.

He was buried in his village graveyard today afternoon, where thousands joined the funeral procession. Shutdown continues in Pulwama and Shopian district of South Kashmir, where internet services have also been blocked for last seven days.

Photographs from the funeral procession