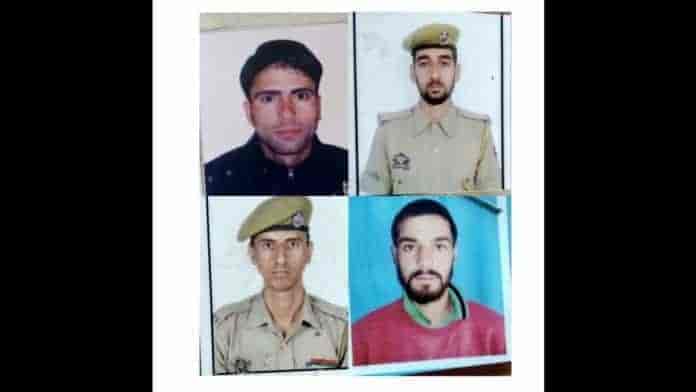 Militants  on Wednesday afternoon fired indiscriminately upon a police party at Arhama in district Shopian resulting in the death of four cops, Police said.

“Police has registered a case and initiated investigations in the instant matter,” he said.

Previous articleMilitants kill four cops in Shopian, decamp with 3 weapons
Next articleHizb, along with our men carried out Shopian attack: JeM