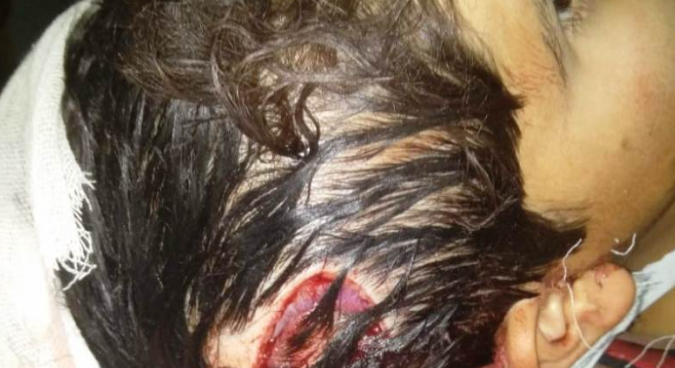 A 9-year-old boy was injured seriously after paramilitary CRPF allegedly opened fire upon a group of protesters at Arampora area of Sopore in north Kashmir’s Baramulla district on Saturday evening.

Official sources told news agency GNS that CRPF men used tear smoke shells,  opened some rubber bullets and few aerial shots after a group of youth pelted their vehicle with stones near Arampora at around 7:15 pm.

A doctor who operated upon the minor said that the boy was hit by a “rubber bullet” in his head and as such was referred to SKIMS Soura for specialized treatment.

SSP Sopore Javid Iqbal, when contacted by GNS, said that a forces vehicle was attacked allegedly by the stone pelters at Arampora this evening and in the retaliatory action the minor got injured.

SSP further said that police are ascertaining what actually happened there. “We have registered a case and further investigations taken up”. (GNS)