The Kashmir Walla
Support Us
MagazineDispatches 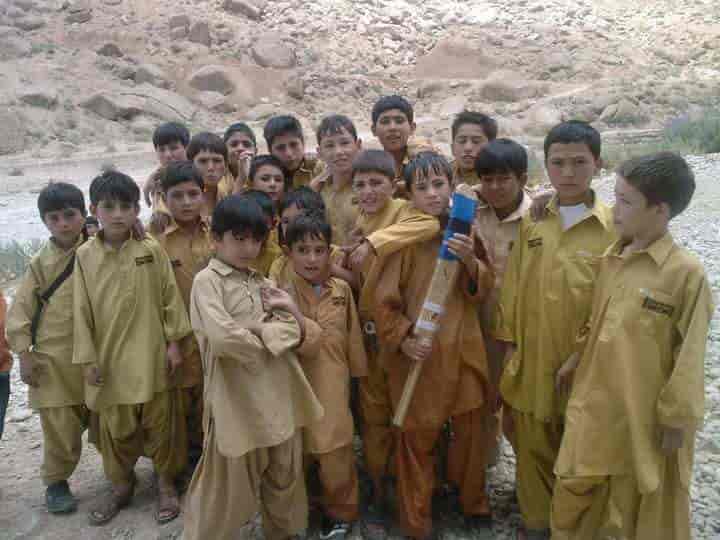 Development is enabling safety and security so that people can go about their in everyday lives. In areas of the world prone to conflict, such as the region of Balochistan, civil violence, terrorism, fragmented systems of power and the reduced capabilities of government authorities such as police or military makes it difficult for outsiders, and particularly Western associated organisations, to operate. Many programs within this region prove to be dismal failures, or perceived by locals as token efforts. Diaspora driven development projects in the region could have a positive impact on development in Balochistan. In this short article I describe the engagement process of a group of former Afghan refugees from Melbourne Australia who, through fund-raising efforts within the diaposra and the wider Australian community, have assisted in creating small-scale community projects in Quetta, Balochistan, exploring how Politically and economically sensitive environments such as Quetta which require relevant, culturally competent development programming can benefit from greater engagement with diaspora communities.

Balochistan is an incredibly unstable region and the Balochistan Security Assesment of 2013 describes a volatile situation. The region witnessed a rise in terrorism related fatalities in 2012, and at least 117 persons were killed and over 216 injured in three separate bomb blasts in Quetta, the provincial capital of Balochistan, on 10 January 2013. The Province witnessed a total of 954 fatalities, including 690 civilians, 178 Security Force (SF) personnel and 86 militants in 418 incidents of killing in 2012, as against 711 fatalities, including of 542 civilians, 122 SF personnel and 47 militants in 294 incidents of killing in 2011, according to partial data compiled by SATP. The first 13 days of 2013 recorded 144 fatalities, and these numbers are likely to be underestimates, as access to media and independent observers is severely restricted in Balochistan. While overall fatalities recorded an increase of 34.17 per cent, civilian fatalities rose 27.30 per cent; SFs, 45.9 per cent; and militants, 82.97 per cent (South East Asian terrorism Portal http://www.satp.org). It is from this situation that many refugees have fled over the past decade.

A community of former Afghan refugees who had been in Australia since 2001 who had been victims of and witness to the conflict and poverty of the region banded together in 2007 to begin fundraising for a school program, created in partnership with a local Pashtun-run project called Development Education and Welfare Assistance.

The community from Fitzroy in Melbourne behind the fund-raising activities comprised of both ethnic Hazara and Pashtun Afghans and these activities raised enough money to cover rent of a school building, and pay the salary of three full time teachers at the school as well as vocational education and basic healthcare.

The community in Quetta who drive the program have harnessed local goodwill and donations from and business people in sustaining the project which is still running to this day due to local community support. The perception of community members surrounding the school is not one of letting the donors do the work, or that it is a project developed out of charity, but rather a project created by Afghans for Afghans, a view which encourages community involvement in creatively finding ways to sustain the project such as engaging local businesses, industry, government and community leaders.

The importance of the diaspora community cannot be overlooked. It is clear that people originally from the regions which large aid agencies are operating in have more local reach than development groups because they are not perceived to carry the international political agendas of organisations, particularly larger scale organisations such as the UN. Diaspora driven projects also seem to be deemed more transparent in their work locally.

Whilst assisting with the project in Quetta, I met many members of the refuge community in Balochistan who recounted stories of frustration at the feeling of being “used” by international donor agencies. Whether this was an issue of perception or based in reality I do not know, however we regularly heard stories from refugees who complained of a feeling of being exploited, that people from international agencies would come to their village, take photos of a squalid conditions, perhaps run a couple of programs such as “craft” workshops with women and other so-called “tokenist women empowerment” exercises, post the pictures to the internet for donors to marvel at and then were gone, back to the safety of military cantonment or off for cocktails at the Serena – a local five star resort in Quetta. The refugee community of Quetta, exhausted by the violence and seemingly endless spirals further into poverty, had cynical views of development. These stories were relayed in frustration to the Afghan-Australians who were engaged in the project, but these were stories the Afghan-Australians could also relate to as they had been there themselves.

Kate Grealy is a freelance writer living in Jakarta, Indonesia who has worked in Quetta, Pakistan on projects with the Afghan Diaspora Community from Melbourne. She tweets at @kategrealy

Previous articleAfghanistan, my motherland
Next articleDelhi by heart