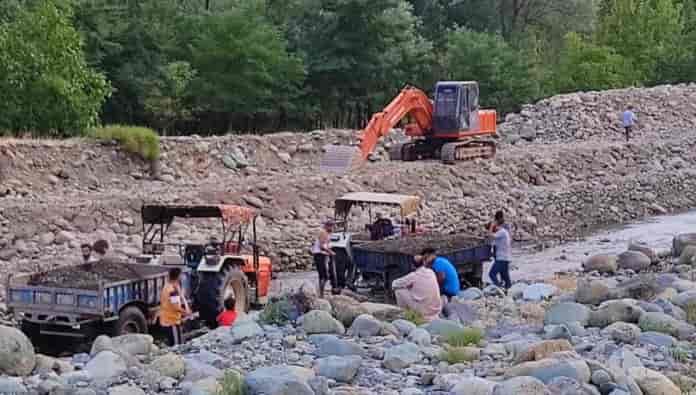 In a statement a police spokesperson said that cracking down the whip on the illegal extraction of minerals in the area, a specific naka was established in Nadihal by SHO Aragam under the supervision of DySP PC Bandipora.

“During the naka checking, five tractors ferrying illegally extracted bajri and sand have been seized,” the statement said.

More action is expected in this regard in the coming days, the communique concluded.