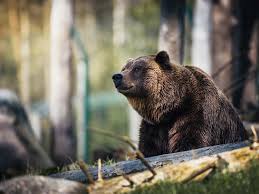 At least five persons were injured in a bear attack in Boniyar Baramulla on Sunday afternoon, reports and officials said.

Reports that a black bear appeared in residential area in Bernate Boniyar this afternoon and went berserk, leaving at least five persons injured.

Four of the injured persons were taken to PHC Boniyar treatment from where they were referred to GMC Baramulla for preferential treatment.

Block Medical Officer Boniyar Dr Pervaiz Masoodi told GNS that on intimation about the incident, an ambulance was rushed to the site and the injured taken to PHC Boniyar.

“On assessing their condition, all of them were later on referred to GMC Baramulla for better treatment”, Masoodi said. (GNS)