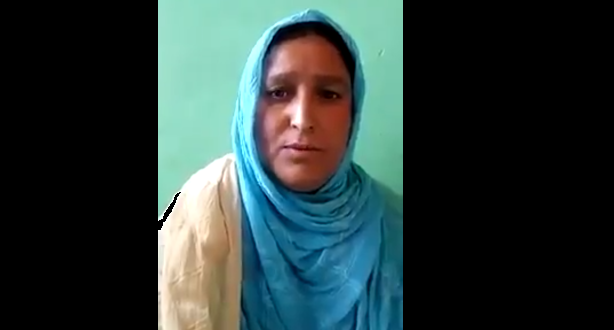 Following the abduction and killing of three policemen in South Kashmir’s Shopian District on Friday morning, thirty three cops have publicly announced their resignation from the Police job, the latest to add to the list is a woman SPO who announced her resignation through a video message on Sunday, The Kashmiriyat reported

Militant commanders who accuse the Special Police Officers (SPO) of being mere informers of Government Forces have repeatedly asked the SPOs to quit their jobs.

Sources told The Kashmiriyat that a lady identified as Rafeeqa Akhtar wife of Ghulam Mohammed Thokar, a resident of Bongam in Hall area of South Kashmir’s Kulgam district has resigned from the police job.

In a video that has appeared on the social networking, Rafeeqa is heard saying that she is leaving the police job without any fear.

In April, over a dozen Special Police Officers (SPOs) announced their resignation in south Kashmir’s Tral. The resignations came after a Hizbul Mujahideen militant commander gave a week’s time to the SPOs to announce their resignation.

The Ministry of Indian Home Affairs has denied the reports of resignations and called the videos a ‘propaganda.’

After the continuous killings of policemen, JK police also reasserted an advisory asking their men not to visit their homes for more than two to three hours and also inform local police stations about their visit.

So far this year, around 35 Jammu Kashmir policemen were targeted and killed in encounters when they visited their homes or native villages.